In anticipation of Winter Storm Saturn, the Fire Island Ferry will suspend all service tomorrow, and numerous schools on Long Island are closed for the evening, and into tomorrow. 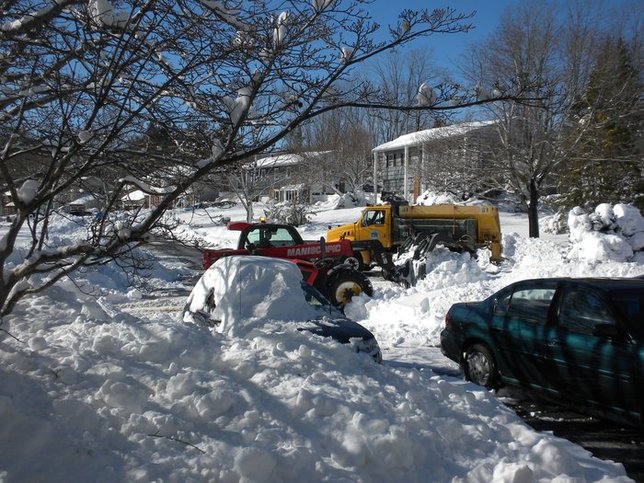 In anxious preparation for Winter Storm Saturn, the Fire Island Ferry service has been suspended, numerous municipalities have issued warning statements, and public and private schools across Long Island have ended class early today, or are planning on school closures tomorrow. These precautions are being taken as the forecast for the storm seems to indicate increasing amounts of snow, which has Long Islanders quite worried, after the massive snowfall totals experienced just weeks ago during Winter Storm Nemo - the crippling storm that paralyzed major parts of the Island for days.

As of 5:30 PM this evening, the National Weather Service has issued a Winter Weather Advisory for the storm that will be in effect from 6 PM tonight until 6 PM Thursday evening. Snowfall totals are expected to be between 2-10 inches, with the East End getting the highest snowfall totals on Long Island. Although LI is not going to be hit as hard as the surrounding cities including Washington DC, Boston, and Pittsburgh, the additional late season snow is a cause for serious frustration with locals, who have just finished watching the snows left by Nemo slowly melt away.

Many fear that the ferry service cancellation will not be the only suspended service tomorrow, and are concerned about the impact this will have on their morning commutes, or that their children will miss yet another day of school due to poor weather conditions. One local Long Islander from Kings Park was quoted as saying "I'm just ready for Winter to be over already - yesterday, I was preparing my yard and my home for Springtime, and now it's time to batten down the hatches again - it's frustrating." - a sentiment that is certainly shared by many.

In order to make the impact of Winter Storm Saturn less painful, LongIsland.com has compiled numerous valuable resources, so that you can stay up to date on the latest school closures, traffic reports, train, bus, and ferry delays, and find out everything you'll need to know to be prepared for the storm, and get back to business in its aftermath.

For the latest forecast updates, be sure to head over to the LongIsland.com Weather Center.

Have a story tip you'd like to share, or want to post your Winter Storm Photos? Send us an email at news@longisland.com, and someone from our news team will get back to you ASAP!