The snow storm, which has hit Suffolk County particularly hard, is making it dangerous for cars to venture out on many roads. 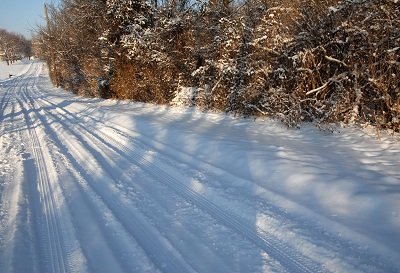 Motorists are still being advised to stay off the roads unless absolutely necessary. As much of Long Island remains under a State of Emergency, highway maintenance crews are slowly beginning to clear highways and residential roads. 300 state plows as well as emergency contractors are hard at work trying to clean up the mess left behind by Nemo.

Unfortunately the workers are running into troubles of their own. As plows attempt to remove snow from the ground, many of them are becoming stuck and forced to either wait for a tow truck or to dig themselves out. The added strain, of course, is impeding progress.

The snow is making it difficult to get around in Nassau County, but Suffolk County has been hit particularly hard. Governor Cuomo is reallocating resources from the rest of New York in order to help with the effort in Suffolk.

The I-84 has been reopened for traffic, but the LIE and Sunrise Highway remain closed to non-emergency vehicles in Suffolk. Authorities are asking that residents stay off the highways and parkways. Reports from several residents across the county indicate that many residential roads have either not been plowed yet or have only had a small strip of snow removed.

Many drivers who have attempted to brave the LIE or other roadways have found themselves trapped in their cars. Routes 347, 112, and 83 are especially clogged with vehicles that can not move any further through the snow.

Residents hoping to catch a train may find doing so almost as difficult as driving, as the LIRR has had to modify its schedule due to the storm. The Babylon, Port Jefferson, Port Washington, Ronkonkoma, and Brooklyn branches have been reduced to one stop every two hours, but there is no service east of Farmingdale for the Ronkonkoma line. Far Rockaway, Longbeach, Hempstead, West Hempstead, Oyster Bay, and Montauk are all suspended.