In efforts to ensure the safety of our children while riding on school buses, the New York State Senate passes legislation Monday toughening restrictions on school bus drivers and monitors. 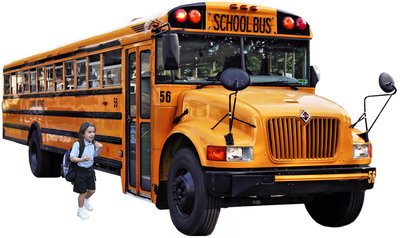 In efforts to ensure the safety of our children while riding on school buses, the New York State Senate passed legislation Monday toughening restrictions on school bus drivers and monitors.

The bill (S883-2013), sponsored by Sen. John Bonacic (R,C,I-Mount Hope), would amend the Education Law by adding a new section to it clearly defining school bus monitors as "any adult employed by a school district or a private entity to ride on a school bus for the purpose of ensuring the safety of its passengers or for monitoring the conduct of the bus passengers."

The bill would also subject school bus monitors, who regularly ride school buses with children, to the same limits and disciplinary actions as school bus drivers. Under current law, school bus drivers are subject to temporary or permanent disqualification if they are convicted of certain offenses involving children, sexual based offenses or drug offenses; but no such laws are in effect for bus monitors.

“Nothing matters more than the safety of our children,” Bonacic said. “Everyone who watches their child step onto a school bus for the first time, and everyday thereafter, wants to ensure their children are being cared for by qualified, safe, and competent people.”

Additionally, current law provides that if an individual is convicted of a DWI violation, they are disqualified from being a school bus driver for the extent of the time their license is suspended, with a minimum of six months.

However, there is no additional penalty if the violation occurred with a passenger under 16 years of age in the vehicle in violation of "Leandra's Law." Leandra’s Law, which was passed in 2009, elevates the crime of drunk driving with a child in the car to a Class E felony, punishable by imprisonment.

This legislation would amend the Vehicle and Traffic Law to provide that an individual is disqualified from being a school bus driver for a period of five years from the date of last conviction for a Leandra’s Law violation.

“This bill would protect the safety and well-being of our children by disqualifying those who are unfit and potentially dangerous from the crucial jobs performed by bus monitors and drivers across the state,” Senate Republican Majority Leader Dean Skelos said.

The bill will be sent to the Assembly.

What’s your opinion? Let us know by including your comments below or on our Family and Parenting Discussion Forum.