The hard part is over. After months of debate, Tuesday's Senate vote is expected to finally approve the much-needed federal storm relief New Yorkers have been waiting for. 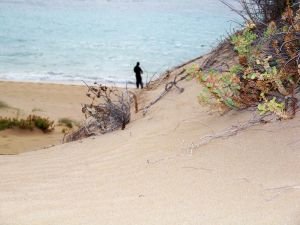 The $50.5 billion Hurricane Sandy aid package passed by the House earlier this week is expected to pass quickly through the Senate following a vote on Tuesday.  The total aid will exceed just $60 billion when added to the $9.7 billion that was approved in early January following the fiscal cliff face-off that stalled aid negotiations.

The bill was approved 241-180, and many pundits were quick to point out that nearly every Republican lawmaker from states that were not impacted by the storm voted against the bill, joined by only one Democrat.  These lawmakers argued that the bill was too expensive, though it is far less than the $80 billion in aid that was approved following Hurricane Katrina.
Tuesday’s vote is expected to come with little controversy as the Senate has already voted to approve Sandy relief, 62-32, on Dec. 28 in favor of President Obama’s $60.4 billion aid package.  The vote was invalidated after the 113th Congress took office on Jan. 3 and the House failed to hold a vote while it was mixed up in the fiscal cliff debate.
Rep. Peter King has been a vocal advocate of the relief package.  The Congressman was outraged when the House failed to vote before the 113th Congress was sworn in, saying on Jan. 2:  “...what they did last night was put a knife in the back of New Yorkers and New Jerseyans. It was an absolute disgrace."
The money will go to helping people whose homes or businesses were damaged or destroyed during the storm, and for fortifying bridges and roads.  Billions of dollars are already slated for projects that would mitigate the impact of future storms.  Not all are on board for this type of spending, and that’s not just Republican lawmakers.
Speaking to NPR, Western Carolina University geologist Rob Young suggested these government subsidies would be misspent to rebuild particular coastlines.  As storms strengthen and become more common in the future, the cost of rebuilding these areas will increase as well.
“We're going to have to do it more frequently in the future and it's going to get more expensive,” Young told NPR, suggesting that first, studies be completed to determine if floodgates will serve their intended purposes, and if wetlands would be a better substitute for rebuilding beaches.
Gov. Andrew Cuomo empaneled the NYS2100 Commission following Hurricane Sandy to investigate ways to improve the state’s infrastructure with climate change in mind.  You can read about the Commission’s suggestions here.
Share your thoughts on this article by posting a comment below or by visiting our Long Island Living discussion forum.