The NYS2100 Commission, empaneled after Hurricane Sandy caused billions of dollars in physical and economic damages throughout the state, released its recommendations to improve the state's infrastructure. 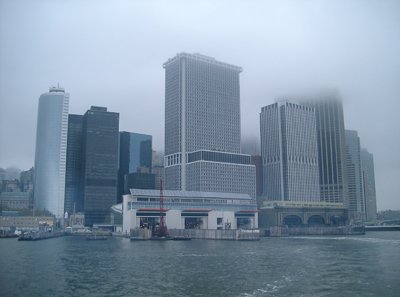 The NYS2100 Commission, empaneled by Gov. Cuomo immediately after the economic and physical devastation wrought by Hurricane Sandy became apparent to investigate ways to prevent such damages in the future, has released a set of preliminary recommendations to improve and strengthen the state’s infrastructure.

The report is unique in that it does not shy away from accepting the reality of climate change, or it’s expected continued impact on the state economy.  Outlining challenges facing the state as a result of climate change, including sea level rise, changing precipitation, changing temperature and extreme weather events, the report suggests that major changes could be visible in New York by 2080.  These changes include an 8-23 inch (low estimate) rise in sea level, along with a 4 to 9 degree temperature increase for the Long Island/New York City region.
The report includes both long and short term recommendations, and focus on a variety of areas, including energy, transportation, insurance, financing and land use.  Among the recommendations, specifics include restoring dunes, beaches and Fire Island, which suffered major damages during the storm, but were found to have mitigated the full force of the storm when it hit Long Island.  The development of a comprehensive resilience strategy would include a storm surge barrier assessment for New York Harbor, where storm waters rose to a record 14 feet.  New land use policies, taking climate change into account, are also called for.
Recommendations to build living shorelines, including new wetlands, oyster reefs and small archipelagos offshore in shallow areas and flood zones are also expected to mitigate the force of another major storm like Hurricane Sandy.
Such improvements would require investments in both hard (roads, bridges, buildings, and other structures) and soft infrastructure -- institutional coordination, public communication, and “rapid decision making abilities,” all of which will help the state and localities respond quickly to natural catastrophes and other disasters.
Taking a look at the state’s energy systems, the report claims that electric grid, liquid fuel systems and natural gas pipelines are all aging and poorly designed to handle a large scale disaster.  Electrical grids should be “islanded” in order to confine outages, while fuel systems require backup power sources to mitigate electrical outages and maintain the flow of supplies.
The Commission also recommends that the state consider options to pre-fund disaster recovery, and to “transfer catastrophic risks to capital markets.”  It’s been about 80 days since Hurricane Sandy hit the region, and Congress has only approved $9.7 billion in aid, while New York requested over $40 billion.
The Commission also provides a sense of urgency in carrying out these recommendations, saying: “We cannot prevent all future disasters from occurring, but we can prevent failing catastrophically by embracing, practicing, and improving a comprehensive resilience strategy. As New York and our neighboring states continue to recover from the devastating impacts of Superstorm Sandy, we have a narrow but distinct window of opportunity to leverage the groundswell of consciousness.”
In order to build support for these projects, the Commission also suggests the creation of incentive programs to encourage resilient behaviors.  The Commission also urges the State Environmental Protection Fund to use its existing grant and loan programs to assist in planning and implementing natural infrastructure projects, including paving roads with porous materials and promoting water efficiency.
“We will be reviewing [these recommendations] as part of our efforts to harden our critical infrastructure and to make New York State a leader in creating a more resilient, more effective infrastructure,” Gov. Cuomo said in a statement.
Share your thoughts on this article by posting a comment below or by visiting our Long Island Living discussion forum.