Despite opposition from the GOP, the benefit package for Hurricane Sandy victims is passed. 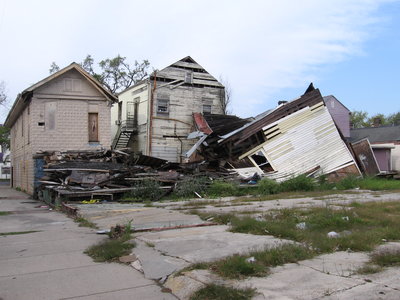 On Friday, the Senate passed a $60.4 billion bill for the relief of Hurricane Sandy victims. The bill was originally proposed by President Obama in December.

The bill was backed by Democrats, and passed on a 62-32 vote. A total of 12 Republicans supported the bill. It was opposed by many members of the GOP, including former vice presidential candidate Rep. Paul Ryan. Ryan claimed the measure was packed with too many unrelated expenditures including roof repairs for museums in Washington D.C. Only one Democrat – Sen. Mark Pryor - opposed it; however he later switched his vote to support it.

The $60.4 billion includes $17 billion that will go towards community development grants to rebuild homes, $11.5 billion for the Federal Emergency Management Agency and $11.7 billion for repairing New York City subways and mass transit.

The bill also includes funding for Hurricane Isaac, which struck the Gulf Coast area earlier this year and caused extensive damage. It will also allot $5.3 billion toward the Army Corps of Engineers in order to prevent future flooding catastrophes in areas affected by Sandy and Isaac.

With the fiscal cliff still looming, Republicans criticized the bill for including funding towards fortifying the Northeast against future storms. They said that while these measures are necessary, they are not urgently needed. Republicans attempted to trim the cost of the bill to $23.8 billion, however their efforts failed.

New York Governor Andrew Cuomo, New Jersey Governor Chris Christie and Connecticut Governor Dan Malloy had originally asked for $82 billion in Sandy relief; however they had to settle on $60.4 billion.

Although the bill has passed, it could still see a cut-back depending on whether Congress can reach an agreement concerning the fiscal cliff.