Today, residents all across the Island are at polls voting on their district's school budgets--voting that will play a critical role in determining whether many of the services that districts have been forced to eliminate ... 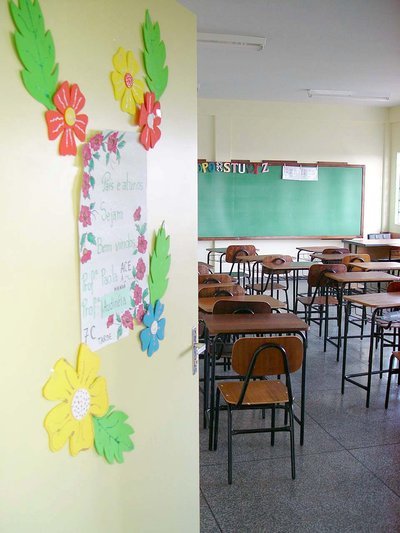 Today, residents all across the Island are at polls voting on their district’s school budgets—voting that will play a critical role in determining whether many of the services that districts have been forced to eliminate due to economic constraints will be reinstated.

But, according to a report from Newsday, school officials on Long Island predict a high passage rate for budgets since 94 percent of the districts on the Island have kept within state-cap limits.

"I expect a very, very high pass rate," said Henry Grishman, superintendent of Jericho schools and a former president of the New York State Council of School Superintendents. "There's a public appreciation that school districts have tried to tighten their belts."

In a recent News 12 interview, Dr. David Bernnardo, superintendent of the South Huntington School District, explained that school budgets are similar to household budgets in that all expenditures must be accounted for.

Five to ten percent of the budget covers bus transportation. If you add energy costs and costs for supplies, such as text books and computers, that number comprises approximately 25 percent of the total budget. But the greater part—about 75 percent—of a school budget goes to teachers and other staff, covering salaries, benefits and pensions, Bernnardo continued.

Consequently, Bernnardo added, the only way to achieve significant savings is to look at teachers. South Huntington, like many districts, has been forced to lay off dozens of teachers during the past few years.

Teacher pensions are controlled by state lawmakers, but, according to a report by Newsday, their efforts to reduce expenses could take a decade or more to take effect.

"Discussions at school budget meetings are restricted to nickel-and-dime matters, while the 10,000-pound gorilla in the room -- employee compensation and benefits -- is not to be discussed," said E.J. McMahon, an independent analyst and senior fellow at the Empire Center for New York State Policy.

Last year, Long Islanders voted overwhelmingly in favor of their districts proposed school budgets. But many of the voters who today are deciding on nearly $11.5 billion in proposed school spending are deeply divided over projected budget increases as they wrestle with striking a balance between cutting expenses and delivering uncompromised high-quality education to our children. Polls across the Island will close this evening between 8 p.m. and 10 p.m. Results will follow tomorrow.