Coney Island's New York Aquarium is up and running again. 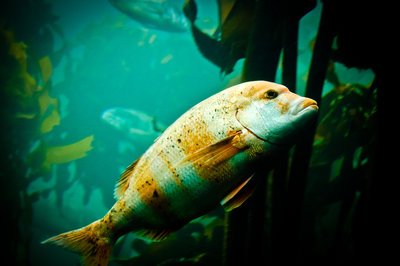 The New York Aquarium in Coney Island is finally reopening Saturday following the pummeling Hurricane Sandy gave it seven months ago. Floods swarmed the 14 acres of land that make up the nation’s oldest aquarium when the storm touched down in our area. Once the ocean overcame the boardwalk, it crashed in to the basement where holding cells and life support systems are held. So far the Wildlife Conservation Society spent $6 million dollars between repairs and cleanup for Coney Island’s longstanding attraction.

The brunt of Sandy’s damage hit five of the seven buildings on the grounds. The aquarium relied on generators until December because the storm knocked out its electrical distribution center and transformers. The damage was so great, New York Aquarium’s director, Jon Forrest Dohlin, thought he’d have to keep it closed for an extended period of time.

Not all the exhibits will be on display since it’s opening earlier than expected. Two halls, “Explore the Shore” and “Alien Stingers”, will be reopening in 2016 alongside a brand new exhibit called “Ocean Wonders: Sharks.” The sea life which won’t be on display right away are sea anemones, jellyfish, electric eels, lungfish, blind cave fish, and a baby walrus named Mitik who was orphaned off the coast of Alaska last summer.

The price of admission has dropped from $14.95 to $9.95 since the aquarium won’t be running at 100%. In the summer the New York Aquarium’s education programs will be in full swing. It will have a training camp for teens and in the fall, a school program which featured 12,000 children last year, will start up again.

The Long Island Aquarium and Exhibition Center out east in Riverhead saw a luckier fate as it was unaffected by Hurricane Sandy. It was up and running a few days later on Halloween.