A deal to avoid the "fiscal cliff" was approved by the House of Representatives, despite earlier indications that it lacked Republican votes.

The fiscal cliff deal crafted in large part by Vice President Joe Biden and Senate Minority leader Mitch McConnell (R-KY) passed a late-night vote in the House, despite earlier inhibitions of House Republicans to strike the bill down.  The vote passed 257 to 167. 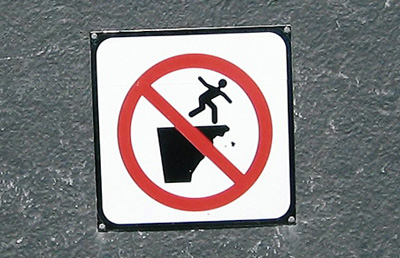 The bill is far smaller than the $4 trillion “grand bargain” alluded to over the past two years, and both Democrat and Republican bases have expressed disappointment with the deal.
The bill permanently extends tax cuts for nearly 98 percent of Americans, adjusts the Alternative Minimum Tax for inflation, and sets a 40 percent tax on estates larger than $5 million.  Revenues will also increase, though not at the rate Democrats had hoped for ($620 billion instead of $1.6 trillion), meaning that future spending cuts to federal programs will make up the difference later on.
The entire process of reaching a deal on this bill was punctuated with fairly surprising acts of stubbornness from both sides of the political arena.  As members of the House adjourned to celebrate the Christmas holidays, Vice President Biden used the opportunity to build a bridge with Senate Republicans and mesh out a viable plan to avoid national economic ruin.
On New Year’s Day, House Majority Leader Eric Cantor came out against the bill, saying that the bill did not address spending cuts.
The Daily Beast’s John Avlon points out that despite the hard opposition to tax reform, conservative’s unwillingness to compromise left them with even less than what they were originally demanding.  “The irony, of course, is that hard-core conservatives’ impulse to condemn any compromise ended up costing them a better, more comprehensive deal on overall deficit and debt reduction,” Avalon wrote, saying the conservatives lost the opportunity to reform entitlements, which was ultimately left out of the final package.
And as Congress grappled with how to proceed with deficit and spending reductions, other important matters were completely wiped off the docket.  The unemployment crisis facing the nation, which rests at 7.9 percent according to the U.S. Bureau of Labor Statistics, as well as giving the attention due to the economic impact of climate change as evidence by Superstorm Sandy -- from which the East Coast is still recovering.
In truth, the deal mostly addresses immediate tax increases.  In just a few weeks, Congress will have to come to the bargaining table once again to focus on spending cuts and raising the debt ceiling.
Share your thoughts on this article by posting a comment below or by visiting our Long Island Living discussion forum.