Bipartisan Mental Health Care Bill to be Proposed in Senate

Following Sandy Hook, a coalition of senators hopes to limit gun violence by improving psychological treatment in the US. 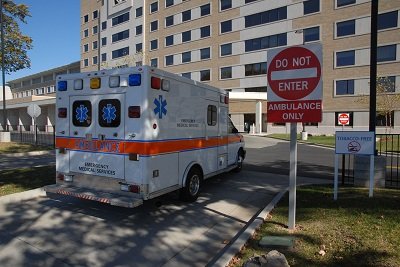 Since the tragic shooting at Sandy Hook Elementary there has been renewed interest and a great deal of discussion on the matter of gun control, including the passage of state laws which aim to restrict access to certain types of guns and magazines. Though it has also been brought up, there has been less focus on the subject of mental health and the country’s ability to provide care for those in need of it.

Today, a bipartisan group of seven senators hopes to change that by proposing a new bill on Capitol Hill. Led by Democrat Debbie Stabenow of Michigan and Republican Roy Blunt of Missouri, the coalition seeks to improve health services in an effort to both provide better care and prevent violent acts by the mentally ill.

The legislation, if passed, will require around 2,000 healthcare facilities deemed Federally Qualified Community Behavioral Health Centers to treat a wide range of mental services, and would integrate mental and physical health services that are now treated separately.

Health centers which treat psychological issues would become able to bill Medicaid for mental needs in the same way it is currently used for physical treatments. Many clinics would also be updated to handle their new responsibilities, and other clinics could be opened with Congressional approval.

The bill comes with an expected cost of $1.4 billion over of the course of the next decade. Whether the bill proves effective in reducing gun violence would be hard to predict, but even if it is not it could be a large step forward in the treatment of those in need. Presently, only 39% of American citizens who have been diagnosed with a mental health issue are actually receiving treatment.