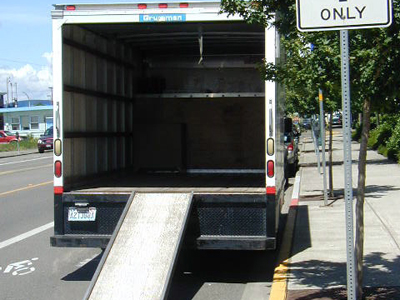 $1.13 million in restitution is being paid to 306 current and former employees of Flat Rate Movers, a multi-state moving and storage company based in New York City.  Individual workers will receive varying amounts of up to more than $15,000.
Following an investigation by the Attorney General’s office, Flat Rate Movers was charged with not paying overtime to its employees, despite some grueling 75-hour weeks.
Based on a 2010 settlement with the Attorney General’s office, Flat Rate Movers must also pay $70,000 for independent monitoring to ensure compliance with the law.  The Attorney General’s office reports that this outside monitoring has been effective in improving the company’s processes.
In a separate case, 100 employees of Mystique clothing stores, also based in New York City, have begun receiving restitution as part of a $950,000 settlement.  Mystique clothing stores failed to pay its workers minimum wage at various locations throughout the city, as well as refusing to pay some workers overtime and even retaliated against workers who made complaints related to this misconduct.
In a similar agreement, Mystique must also pay $25,000 for monitoring of the company’s payroll.
“With no raises and little room for growth, we worked under terrible conditions and so much stress that we would all often be angry with each other when,really, we were angry at the fact that we were having out wages stolen. We felt impotent. Not anymore,” said Carolina Ferreyra, an employee of Mystique.
"My office will vigorously enforce our state’s labor laws and ensure that workers receive the compensation they are legally owed," Attorney General Schneiderman said. "While my office is pleased to distribute this money to these workers, especially during the holiday season, we know that there are many employers that violate our state’s labor laws and we will continue to seek justice for other workers who are illegally underpaid."
Share your thoughts on this article by posting a comment below.