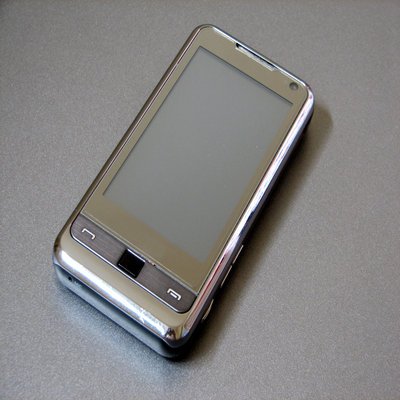 “As the father of three teenagers, I know firsthand the importance of instilling safe practices in our young drivers who are developing lifelong habits as they learn to navigate the road,” Governor Cuomo said. “Inattention and inexperience is a deadly combination – one this legislation seeks to deter. We are urging young and inexperienced drivers to keep their eyes on the road and hands on the wheel, while putting stronger penalties in place for drivers of all ages who violate the law and put others in danger. No parent should have to experience losing a child at the hands of a text message.”

Since taking office, the Governor has led the charge to crack down on distracted drivers that put the lives of other motorists at risk by using electronic devices while behind the wheel. In July 2011, Governor Cuomo signed a new law to strengthen enforcement of texting-while-driving violations which made using a handheld electronic device for activities such as texting while driving a primary traffic offense, giving law enforcement the power to stop motorists solely for engaging in this activity. Additionally, the penalty for using a handheld device while driving was increased from two to three points. Since this law was passed, there has been a 234% increase in the number of tickets issued for texting while driving in New York State from 2011 to 2012.

Today’s actions continue to build on the Governor’s efforts to increase awareness among drivers about the dangers of texting-while-driving. Further, statistics show that texting and using a cellphone while driving is a growing trend, whereas alcohol-related driving has declined.

For young and new drivers who text while driving, inattention and inexperience is a deadly combination that puts themselves and others at risk. Still, 43% of teenage drivers admit that they regularly text while driving, according to research released at a recent poster session of the Pediatric Academic Societies.

Under the Governor’s direction, DMV will increase the number of points earned against an individual’s driving record upon conviction for texting-while-driving and cell-phone related infractions from the current three points to five points. This is effective tomorrow for all drivers.

The Governor is also proposing legislation that would establish tough new penalties for young and new drivers convicted of texting-while-driving.

Under current law, probationary and junior licenses are suspended for 60 days for violations such as speeding, reckless driving, or following too closely behind another vehicle. Such licenses are revoked for 6 months (for probationary licenses) or 60 days (for junior licenses) if there is another violation within 6 months of the license being restored.

The Governor's proposed legislation will impose the same penalties on drivers with probationary and junior licenses for texting-while-driving that they now receive for speeding and reckless driving: 60-day suspensions for first convictions and revocations of 60 days (for junior licenses) or 6 months (for probationary licenses) for subsequent convictions within 6 months of the time a license is restored after suspension.

DMV Commissioner Barbara J. Fiala said, “With the increased use of mobile devices, we have all become more concerned about safety on our highways. I congratulate Governor Cuomo on his continued efforts to raise awareness about the dangers of distracted driving and for putting increased penalties in place for those who engage in the dangerous behavior of texting while driving.”

New York State Police Superintendent Joseph A. D'Amico said, “Distracted drivers will not be tolerated in New York State. Drivers who text or talk on mobile devices while behind the wheel not only take their attention from the road, but also put lives at risk. Our message is clear - motorists who use a cell phone or electronic device while driving will be ticketed.”

State Senator Carl L. Marcellino said, “Everyone knows that using your phone to make calls or text while driving is a bad combination. For a new driver, this habit can be even more lethal. All drivers, but especially inexperienced drivers, must stay focused on the task at hand, driving safely. This legislation builds on our State’s effort to keep our roads safe and eliminate needless distractions behind the wheel. I commend Governor Cuomo for his leadership and support on this issue."

Assembly Member David Gantt said, “There is no justifiable reason and no text important enough to put one’s life, or the lives of others, at risk. No one is immune to the dangers of texting while driving – teenage drivers are no exception. Texting while driving caused 11 teen deaths every day in 2012. Every day. We must take action to keep our roads and our families safe. Increasing driver safety and reducing distracted driving is imperative. Here in New York, we must be diligent when it comes to enforcing distracted driving penalties and increasing driver safety education.”

John A. Corlett, Legislative Committee Chairman for AAA New York State, said, “Texting-while-driving is one of the riskiest behaviors any driver can undertake and poses a danger to everyone on our roads. AAA also strongly supports the Governor’s plan to impose new penalties for texting-while-driving on new and younger drivers. There’s no reason that our least experienced drivers – teens with whom we are working to keep safe through graduated driver licensing and driver education, should be doing anything other than focusing on driving. In fact, traffic crashes remain the leading cause of death and injury for teens and surveys indicate texting is even more prevalent among young novice drivers. What that tells us is that even tougher penalties need to be put in place to affect behavior change.”

Rocco Panetta, Executive Director of The Texting Awareness Foundation, said, “Acknowledging how severe the danger is by increasing the penalties are a great step towards saving lives. The second step is to provide educational programs to inform the community of the danger in order to change this deadly behavior.”

Ben Lieberman said, “To say smartphone-driving impairs you to the level of a drunk driving is almost cliché nowadays. Most motorists know that drunk-driving comparison and truly believe the stat. You don't need an academic study to prove that if you take your eyes off the road, you are more likely to crash. Yet the behavior continues and traffic casualties are increasing rather than decreasing. Thank you Governor Cuomo for treating this epidemic with urgency and common sense. Legislation that will deter this destructive behavior is badly needed and we are grateful for your passion and determination.”