Two trailers that are currently housing 26 sex offenders on the East End will close by Tuesday. Sex offenders will be sent to various Suffolk shelters, with no more than one offender allowed per facility. 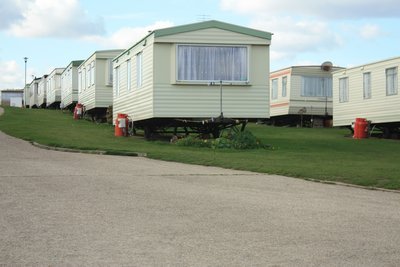 The two trailers that have been housing homeless sex offenders in Riverside and Westhampton for the past six years will finally be closed this Memorial Day weekend.

Suffolk County Executive Steve Bellone announced that the Riverside trailer is expected to close first, followed by the Westhampton trailer, which will close by Tuesday, according to Riverhead Patch.

Instead of grouping sex offenders together, Bellone created a plan to spreading out the 26 remaining people to shelters, with no more than one sex offender allowed per facility.  There are 20 to 25 sites where they are permitted to move, including shelters and motels.  Local police will be made aware of any offenders moving into their town shelter so that they can be more strictly monitored.

Previous attempts to close the trailers were blocked by County Executive Steve Levy.  New hope was given to the cause when Bellone took office, but the relocation efforts were then hindered by Hurricane Sandy.

Bellone has also been making headway with catching criminals under his new legislation known as the Suffolk County Community Protection Act, which heightens the monitoring of sex offenders.  This past week alone, eight sex offenders were arrested under the Community Protection Act.  Those arrested committed their crimes from anywhere between 1990 and 2011, and were arrested for reasons such as failing to register a change of address, failing to have their photo taken, and participating in computer activity involving sexually stimulating material.