Lance Armstrong admits to doping in an interview expected to air on Thursday, a source told the Associated Press. 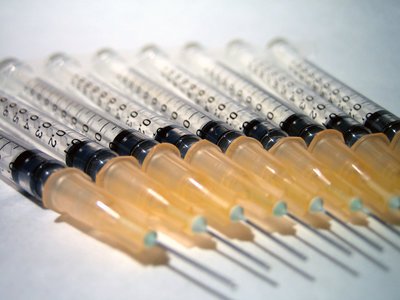 Though many people had already figured that cyclist and philanthropist Lance Armstrong was doping when he was stripped of his Tour de France medals last year, he has finally opened up about his drug use in an interview with Oprah Winfrey on Monday.

The interview will be aired on Thursday on Oprah’s network, but a source close to the situation leaked Armstrong’s admission to the Associated Press.

“I told her (Winfrey) to go wherever she wants and I'll answer the questions directly, honestly and candidly. That's all I can say,” Armstrong texted to the AP.

Armstrong lost all seven of his Tour de France medals in 2012 after a U.S. Anti-Doping Agency Report was released with testimonies from his former teammates that portrayed him as a secretive, callous competitor.  The USADA found that since 1998, Armstrong and his teammates got away with doping by hiding from drug testers, diluting their urine samples with saline infusions, and using methods that are more difficult to detect, such as blood-doping and taking micro-doses of EPO and testosterone.

Chief Executive of the USADA Travis Tygart went so far as to call Armstrong’s team and methods as “the most sophisticated, professionalized and successful doping program that sport has ever seen.”

The group subsequently banned the cyclist from competing in any other sports over which they have jurisdiction. Soon after, Armstrong was dropped by multiple sponsors, costing him what is estimated to be tens of millions of dollars. Armstrong then decided to leave the board of Livestrong, his non-profit that supports cancer patients, but he had still not admitted to using performance enhancing drugs.

On Monday morning, Armstrong stopped by the Livestrong office to apologize to his staff prior to the interview. One person who was involved in the emotional meeting said that Armstrong appeared choked up, and that several employees cried.

The source also claimed that Armstrong has indicated that he may be willing to testify against other cyclists involved in doping.

Armstrong’s interview will air on OWN as part of “Oprah’s Next Chapter” on Thursday at 9 p.m.