By Christian Abbatecola Published: May 20 2013

A record-breaking Powerball lottery ticket has been sold, though the winner is still unknown. 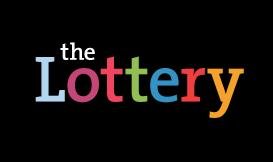 A Publix supermarket in Florida sold the winning ticket in the Powerball lottery worth $590.5 million. The jackpot represents a Powerball record, beating out last year’s $587.5 million jackpot, but falls short of the overall lottery record of $656 million held by a Mega Millions drawing which also took place last year.

The supermarket which sold the winning ticket is located in Zephyrhills, a suburb outside of Tampa, with the winning numbers of 10, 13, 14, 22, 52, and a Powerball of 11. Nobody has come forward to claim the prize yet, but under Florida state law the winner had 60 days from the drawing to claim his or her prize, allowing ample time to consult with an attorney or accountant on how best to claim and store the winnings.

Several residents in New York also won significant prizes from the drawing. One resident won $2 million and 6 more will receive $1 million from the drawing. With the jackpot claimed, the next Powerball jackpot has fallen to an estimated $40 million, still offering a substantial sum of cash to the next lucky winner.