Commuter Sunando Sen was killed in the second fatal subway shove this month at a station in Queens. 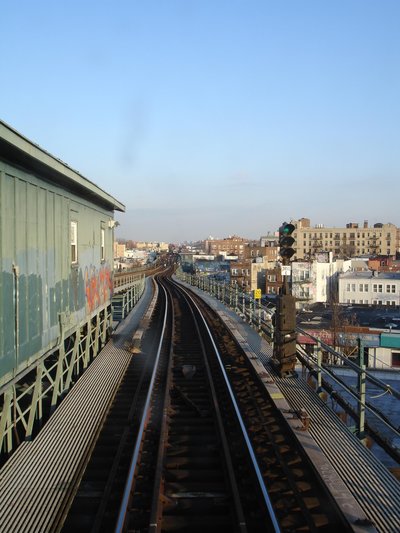 On Thursday evening, New York City saw its second subway train-related homicide this month on a subway platform in Queens.

The incident took place shortly after 8 p.m. on the northbound platform of the 40th Street-Queens Boulevard subway station in Sunnyside, where commuters were waiting for the No. 7 train.  A woman was seen walking back and forth on the platform and mumbling to herself before sitting down on a bench.  When the train appeared, she walked up behind commuter Sunando Sen and pushed him onto the tracks below in front of the oncoming train.  The train was unable to stop in time, and Sen was fatally struck.

"We can't say with certainty whether or not there was no contact at some other location or perhaps before they got into the station," said Police Commissioner Ray Kelly. "But the witness says there was no contact between the two of them while she observed them on the platform."

Sunando Sen, a 46-year-old immigrant from India who lived in Queens, had recently started a copying business on the Upper West Side called New Amsterdam Copy.

Sen’s death comes after the death of Ki-Suck Han, who was pushed in front of an oncoming subway train on December 3 at the 49th Street Station in Manhattan.  Naeem Davis was charged with second degree murder and is currently being held without bail until his hearing in January.

Though accounts of fatal shoves from subway platforms were once rare, many New Yorkers are becoming uneasy after seeing two in one month, both of which happened between complete strangers.

“You can say it’s only two out of the three or four million people who ride the subway every day,” said Mayor Michael Bloomberg, “But two is two too many.”