A 23-year-old Roosevelt man pleaded guilty to charges of attempted murder after shooting a Hempstead police officer in the arm and back. 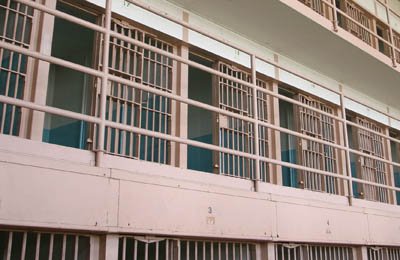 A Roosevelt man pleaded guilty on Monday to attempted murder after shooting a Hempstead police officer responding to a street robbery.

23-year-old Michael Benitez opened fire on officers who were pursuing him in connection to a robbery that had taken place earlier in the morning, according to the Nassau County District Attorney’s office.  One of the officers followed Benitez on foot was shot in the left arm and back; the latter was stopped by his bulletproof vest.
Despite his injuries, the officer was able to return fire, hitting Benitez in the groin, thigh and arm.  The officer ultimately shot the gun out of Benitez’s hand after he refused to drop the weapon.
“This is an incredible example of the danger our police officers face every day, and the incredible talent and bravery they possess. The communication, quick response time, and commitment of these officers guarantees that this dangerous criminal will no longer be able to threaten our communities,” District Attorney Kathleen Rice said.
Benitez pleaded guilty shortly after opening arguments began at his trial on Monday.  Judge Tammy Robbins who presided over Benitez trial agreed to sentence him to 25 years in prison in exchange for his plea.  The official sentencing will take place on March 11.
Share your thoughts on this article by posting a comment below or by visiting our Long Island Living discussion forum.