Man Shoved to His Death From Subway Platform Near Times Square

A confrontation leads to a man being shoved off a train platform near Times Square. Man is killed. 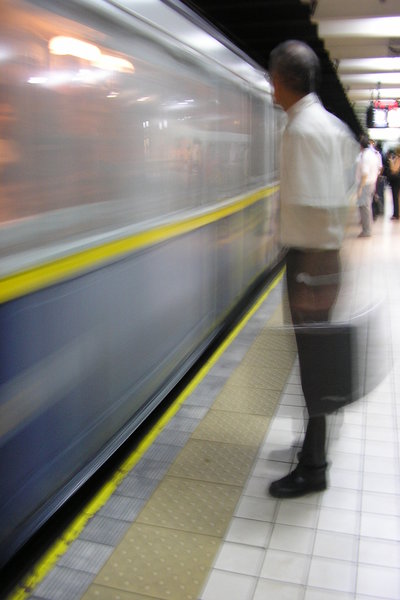 UPDATE: The suspect has been charged with two counts of murder in the second degree on late Wednesday.

On Monday afternoon, Ki-Suck Han, 58, was shoved off the platform of the 49th Street subway station in Manhattan that led to his death.

A Q train was entering the station at about 12:30 p.m. as Han struggled to try to pull himself back up onto the platform, as captured from the much criticized front page photo of the New York Post’s Tuesday edition.

As of Tuesday, police have a suspect in custody, Naeem Davis, 30. Davis is a former deli worker at the corner of 49th Street and Seventh Avenue and is a familiar face to many street vendors in the area for helping with random errands for small cash amounts. Vendors also indicated Davis appeared different from usual on Tuesday with his head and beard shaved.

Witnesses informed police that there was verbal confrontation between Han and the suspect moments before Han was pushed off the platform. Han was standing casually with hands in his jacket pocket facing the suspect while the suspect used profanity and was telling Han to leave him alone.

Han was in Midtown renewing his Korean passport and there are news reports indicating he was drinking before the exchange. An empty pint bottle of vodka was found on his body.

Han is from Elmhurst, Queens and leaves behind his wife and college-aged daughter. It is unfortunate Han was unable to pull himself back up onto the platform or receive physical help from bystanders.

Following the incident, there was a second-year resident of Beth Israel Medical Center, Dr. Laura Kaplan, on the scene. Dr. Kaplan was also on the platform when the incident took place. She rushed over to do CPR, but unfortunately, “there was no pulse, never, no reflexes” as she’s quoted saying in the New York Post. Han was rushed to St. Luke’s Hospital where he was officially pronounced dead.