Lawmakers are meeting in Congress today in a last ditch effort to form an agreement on spending cuts and taxes in order to avoid sending the economy over the fiscal cliff. 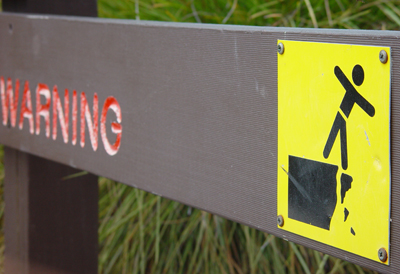 Lawmakers are meeting in Washington today to make a last ditch attempt at budget negotiations in order to avoid going over the so-called fiscal cliff -- a series of automatic spending cuts to thousands of government programs.

According to the Tax Policy Center, every income group would see increases in taxes.  Americans who fall into the lowest income bracket will pay on average $400 more in taxes, while middle-income Americans could see their taxes go up nearly by $2,000.  The top 20 percent would pay an additional $14,000, on average, while the top “1 percent” would see tax increases of $120,000.
American workers will see their payroll taxes go up from 4.2 to 6.2 percent, making paychecks a bit smaller.  Without an agreement on where to set the Alternative Minimum Tax, which was designed to force wealthy taxpayers to pay a minimum level of taxes, the Internal Revenue Service expects an additional 30 million Americans will become subject to this new tax.  In order to adjust to inflation, Congress has been passing temporary “patches” to keep lower-income Americans from paying this extra tax.
The driving idea behind these automatic measures, which take effect after midnight of Dec. 31, is to take definite steps toward reducing the federal deficit -- which stands at just over $1.1 trillion for the fiscal year 2012.
Opponents of the automatic cuts say that reducing government spending so drastically will throw our already weak economy into an even worse downward spiral.  In the worst case scenario, Ben Bernanke, the Federal Reserve Chairman, said combining tax cuts and spending cuts could force the economy back into recession.
Most experts expect that the President and House Republicans will ultimately make a deal, but even if stalled negotiations are not fruitful, Congress has the ability to retroactively fix spending cuts and tax increases after Jan. 1.
While the payroll tax hike would be felt by most Americans immediately, the tens of billions of dollars in spending cuts will be spread out through the end of the fiscal year 2013, giving lawmakers plenty of time to increase funding.
New York Sen. Charles Schumer told the Today show this morning that he was more optimistic that a deal would be reached today, saying, “Sometimes it's darkest before the dawn.”
Share your thoughts on this article by posting a comment below or by visiting our Long Island Living discussion forum.