Hostess Going Out of Business - Does This Mean The Death of the Twinkie?

Nationwide Twinkie lovers are all wondering the same thing.

Is it true?  Can it really be possible for Hostess Twinkies to be going out of business? Unfortunately, the answer is yes.  The well known company will be sold in bankruptcy 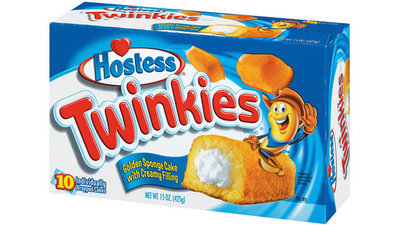 court as a number of different companies will look to bid for at least pieces of the Hostess brand.  Interest levels should be high since the brand brought in $68 million in revenue so far this year.

Hostess is the maker of Wonder Bread, Twinkies, Ho Ho’s and Ding Dongs, some of the most delicious treats we have grown to love.  It has been said that Twinkies are likely to survive the deal, as long as the company that buys Hostess wants to make them.  The CEO of the company, Gregory F. Rayburn, is blaming the union strike for the shut down, “We deeply regret the necessity of today’s decision, but we do not have the financial resources to weather an extended nationwide strike.”

Nearly 18,500 Hostess workers will lose their jobs once the company shuts down its 33 bakeries, 570 outlet stores and 565 distribution centers nationwide.  Hostess has not yet given a time frame to how long it will take for the brand to be bought or when its products will be available again.

As of last Friday, bakeries stopped the manufacture of their products and stores all over the nation will no longer be receiving Hostess deliveries.  Products that were already in a store can be sold and the outlet stores will remain open for about a week to sell what they have left. Approval from the bankruptcy court is needed before sale of the products is allowed.  If you’re looking to get your hands on one last box of Twinkies, it’s still possible, but it of course comes with a price.  Just visit eBay where people are selling actual boxes for absurd amounts of money.

Before Friday’s shut down, Hostess made about 500 million Twinkies and 127 million loaves of Wonder Bread annually.  People are also wondering if Hostess shut down due to the change in the way people eat.  According to food-industry-analysis firm NPD Group, almost 95% of Americans still eat bread at least once every two weeks.  Other food options such as waffles, yogurt and energy bars may have taken the place of bread for some people.  “Yogurt’s been the problem,” says Harry Balzer, NPD Group’s chief industry analyst. “There are so many more options at breakfast, but yogurt is affecting everything because it’s very convenient.”

When it comes to dinner, American’s preferences have changed as well.  We want to make something that is quick and simple, especially if it was a long day at work.  Dinner isn’t the way it used to be, the time spent around the table is becoming less and less. American’s have also become more health conscious over the years, causing a lot of them to deduct bread from their meals.

Baker’s Unions are afraid the Hostess Sales will not move quickly, only time will tell if some of the brands will be left standing.  As for now, we play the waiting game.  Eat the last of your Twinkies wisely and let’s hope we see the tasty treat again soon.

Share your thoughts on this article by posting your comment below, or by visiting our Long Island Living discussion forum.