All that's left to seal a later than last minute deal on the fiscal cliff is a vote in the House of Representatives.

The New Year’s Eve midnight deadline for fiscal cliff negotiations has come and gone, but it seems that a deal has been struck. 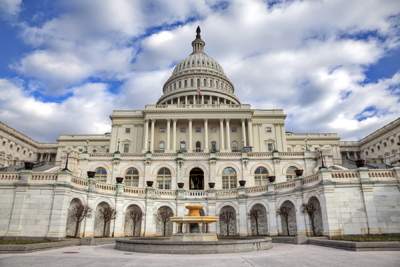 House Speaker John Boehner (R-Ohio) did not endorse the agreement, but he still promised a swift vote on the bill.  The Senate has already voted on the bill, approving it with an 89-8 vote, though it is still unclear when the House will do so.
The agreement prevents across the board tax hikes, sparing middle-income Americans, while raising rates for the highest earning Americans.  Spending cuts would be blocked for two months, giving Congress time to work out further agreements to reduce federal spending.  A deal is also needed regarding the government’s borrowing cap, which is expected to be addressed in a few weeks.
Other measures included in the bill include an extension in unemployment benefits for an additional year, at a cost of $30 billion.  $31 billion will be spent to prevent Medicare payment cuts to doctors.
The deal renews tax breaks for small businesses and renewable energy purposes, at a cost of $64 billion.
Taxes on capital gains and dividends would increase for individuals earning over $400,000 and $450,000 for couples, going up from 15 to 20 percent.
Overall, the deal would raise an additional $620 billion in revenue.  This new deal is also the first bipartisan tax increase since 1990, but since the Bush-era tax cuts expired at midnight on Monday,while still officially cutting taxes by $3.9 trillion over the next decade.
The GOP will have two meetings to discuss the deal.  One is scheduled for Tuesday afternoon, to be followed by the other later the same day.  No vote will be scheduled prior to these two meetings.
President Obama released a statement praising the deal.  "While neither Democrats nor Republicans got everything they wanted, this agreement is the right thing to do for our country and the House should pass it without delay," the President said in a statement. "This agreement will also grow the economy and shrink our deficits in a balanced way — by investing in our middle class, and by asking the wealthy to pay a little more."
Share your thoughts on this article by posting a comment below or by visiting our Long Island Living discussion forum.