First Active NBA Player Comes Out of the Closet, but What Does it Mean for the Sport?

By Christian Abbatecola Published: May 01 2013

Jason Collins drew a great deal of media attention yesterday. Will he have as strong an impact on professional sports? 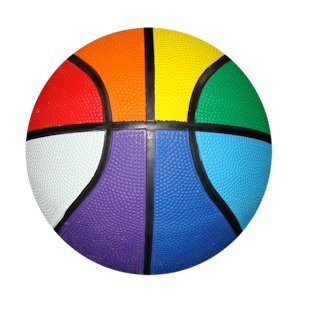 Jason Collins made national headlines when he came out of the closet in an essay published by Sports Illustrated yesterday. “I didn’t set out to be the first openly gay athlete playing in a major American team sport,” he wrote, "but since I am, I’m happy to start the conversation."

His story dominated the airwaves broadcast not just by dedicated sports networks like ESPN, but also of cable news channels such as CNN. Fellow athletes and other important figures expressed their support, with tweets from the likes of Kobe Bryant stating “Proud of [Jason Collins]. Don't suffocate who [you are] because of the ignorance of others.” President Obama even called Jason to personally express his support.

Certainly this has been a momentous day in the life of Jason Collins—to be honest about who he is in a profession he had good reason to fear might discriminate against him for his sexuality is no small accomplishment—and the show of support from fellow athletes must be encouraging. However, the ultimate impact of Collins’ announcement remains to be seen and will depend on several factors.

The labeling of Jason as the “first active athlete in one of America’s four major sports” could very well prove premature. While he is certainly the first player to come out in the NBA, NHL, NFL, or MLB, before retiring, he may no longer be an active player. Collins is a 34-year-old center most recently of the Washington Wizards (a team which did not make it into the playoffs) who averaged less than 2 points and 2 rebounds per game, and he is a free agent. There is a very real possibility that that he may not be signed to a team next season—not because he is gay, but because his stats might not convince a team looking for a second or third string center that he is the best man for the job.

This does not make Collins any less brave, but it does make for the possibility that he won’t be able to transform anyone’s locker room attitude because he may not be in a locker room at all. To be sure, there are those who are less enthusiastic about the prospect of having a gay teammate than Kobe; Chris Culliver of the San Francisco 49ers found himself in hot water earlier this year when he said “We don’t have any gay guys on the team. They gotta get up outta here if they do.” Certainly attitudes toward homosexuality vary as much among professional athletes as they do among the American public at large, and if Collins does not play next year he will not be having a direct impact on anyone who feels the same as Culliver.

Even if he does return to the court, Jason Collins is not Jackie Robinson. There already exists a constituency of players like Kobe Bryant or Chris Kluwe within the country’s major leagues that has long been ready to embrace a man like him—which does not need to be transformed in the same fashion as the MLB of the 1940’s and 50’s. As for those who are not particularly accepting of homosexuality, Collins will not be changing any minds by being one of the best players in the sport or leading his team to a championship as Robinson did sixty years ago.

Perhaps the most significant impact Collins can have is not to garner acceptance of gay athletes by being one of the best competitors in the game, but by giving other men who have been afraid to come out the courage to do so. If he does not return to professional basketball, Jason Collins could still have a massive impact on professional sports should more potentially closeted athletes now feel comfortable enough to be open with their teammates and with the world about who they are. If Collins can be a beacon of hope for young athletes struggling to reconcile their sexuality with their sport, his legacy will transcend his career statistics.