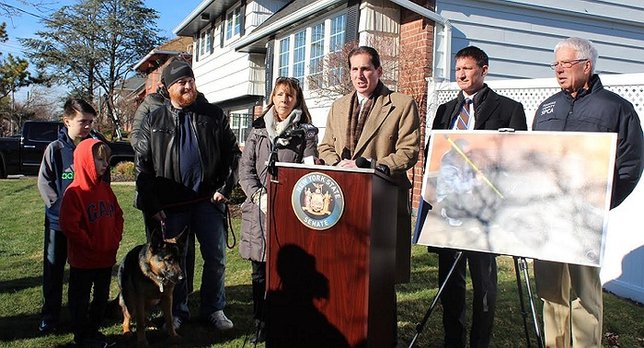 Bill protects consumers and the pets they love.

New York law currently does not require the licensing and regulation of businesses that provide dog obedience training.  Kaminsky’s bill would directly close that gap by creating professional standards and implementing consistent, streamlined licensing practices to protect consumers and pets that they love. 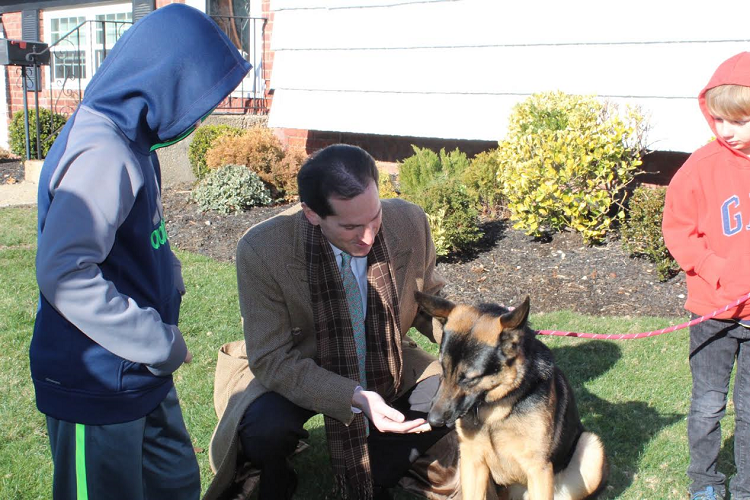 “I am horrified by the animal abuse that has taken place in our backyard,” said Senator Todd Kaminsky.  “But what happened in Oceanside can happen anywhere, and it is our job to protect consumers and their dogs from devious and abusive practices.  When consumers send their pets to training school, they have no assurance of the trainer’s credentials or professional experience – and that’s simply unacceptable.  By creating streamlined licensing practices for dog obedience trainers, we are protecting our four-legged family members who cannot speak and shield themselves from abuse.”

Kaminsky’s legislation will further deny licensing to any individual previously convicted of animal abuse and allows for enforcement of violations by police officers and professionals who specialize in detecting animal abuse, such as the SPCA.

Assemblywoman-elect Missy Miller, who intends to sponsor this legislation in the Assembly, said, “I treat my pets as members of my family. We simply cannot allow another animal to be abused and have a duty to protect innocent consumers. I am looking forward to working with Senator Kaminsky on this bipartisan legislation and sponsoring this bill in the Assembly.”

“We fully support Senator Kaminsky's bill.  Not only will it regulate dog trainers, but it will ensure that your pet will not be mistreated,” said Gary Rogers of the Nassau County SPCA.

Tommy Marrone, the Oceanside resident who exposed the animal abuse occurring at NY Dog Works said, “This legislation being proposed by Senator Kaminsky is a huge step in preventing these types of incidents from happening.”