NYC VA Healthcare System Serves Over 350,000 Veterans in NYC & LI & The Entire VA System is Being Audited for Failings After Deadly Scandal in Phoenix. 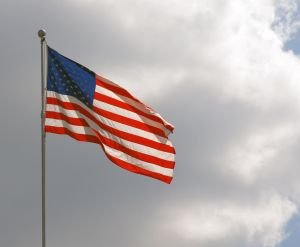 Washington, DC - June 10, 2014 - U.S. Senator Charles E. Schumer today said that that over 350,000 veterans in New York City and Long Island need and deserve better health care, particularly in light of concerns that issues like those at the Phoenix VA could be more widespread. Schumer therefore called for the immediate passage of bipartisan legislation, on the Senate floor this week, that will improve veterans’ access to healthcare and address serious problems facing the Department of Veterans Affairs. Specifically the plan will improve accountability and allow the prompt firing of inadequate senior VA officials, expedite the hiring of more doctors and nurses at VA hospitals and clinics to address shortages, cut back wait times and more. Schumer said that while the VA’s nationwide audit into its healthcare systems are ongoing, it is clear that more can be done to improve care for New York City and Long Island veterans. An alarming example of how issues in Phoenix could be more widespread is that more than 100,000 veterans nationwide have been kept off waiting lists for medical appointments, in order to make wait times appear shorter, according to Acting Veterans Affairs Secretary Sloan Gibson. The legislation, on the Senate floor this week, is a result of a bipartisan agreement between Senator Bernie Sanders (I-VT) and Senator John McCain (R-AZ).
“I sincerely hope that the Phoenix VA medical scandal is the worst-case-scenario when it comes to quality of healthcare that our veterans receive in the U.S., and my heart goes out to those veterans in Arizona that were impacted. If New York City and Long Island’s over 350,000 veterans experience even a fraction of those problems, something must be done, and fast,” said Schumer.
Schumer continued, “That’s why I am calling for my colleagues to pass bipartisan legislation this week that will provide better access to care, allow the quick hiring of more doctors and nurses at VA hospitals and clinics across the country, and the immediate firing of middle and senior officials that are incompetent, or otherwise failing our veterans. The nation’s entire VA healthcare system is currently being audited for systematic failings, and while we are awaiting the results, it’s clear we can still do more to address the serious problems facing New York’s heroes.”
In early May, the VA Office of Inspector General launched an investigation into concerns that a medical center in Phoenix, Arizona was keeping false records and changing the dates of veteran’s requested medical visits in order to appear as though the facility had shorter wait times for appointments. The VA Office of Inspector General Interim Report confirmed these allegations and found that up to 1,700 patients were on “secret” waitlists to receive appointments, meaning they were not in line for the medical appointments they needed. The Report also took a statistical sample of 226 primary care patients, for whom it was reported that the average wait time was 24 days by the Phoenix VA; in reality that wait was 115 days. Acting Veterans Affairs Secretary Sloan Gibson reported Thursday that at least 18 individuals died while on that waitlist. This information led to the resignation of Secretary Eric Shineski, the investigation of 42 VA facilities and a reevaluation of the VA’s medical system.
New York’s VA hospitals serve a huge number of veterans, and Schumer said that this volume leaves significant room for error and improvement. According to the VA, there are approximately 125,000 enrollees in Veterans Health Care in the five boroughs, and there are approximately 345,000 enrollees in the entire VA NY/NJ network. According to the American Hospital Association, as of July 2013 the James Peters Medical Center in the Bronx admitted 4,312 patients, 328,617 outpatients visits and 11,933 emergency room visits in a year; the Brooklyn VA admitted 10,603 patients, 736,146 outpatient visits and 24,681 room emergency visits; and the Northport VA admitted 3,651 patients, 541,622 outpatient visits and 14,186 emergency room visits. In Manhattan, which was closed for a while after Superstorm Sandy and when much of this data was measured, there were approximately 45,000 outpatient visits to its Primary Care program and more than 20,000 visits to its subspecialty program.
Schumer today launched his fight for quick passage of legislation that would address the issues highlighted in the recent scandal, by increasing VA accountability and improving access to health care for patients. The legislation would include the following: