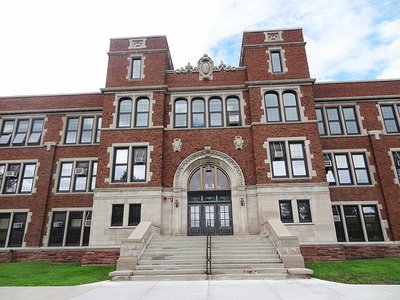 Currently, under the American Opportunity Tax Credit, families making $80,000 a year for an individual or $160,000 a year for a couple are eligible to receive a tax credit of up to $2,500 per student.

Israel’s legislation, the Middle Class College Tuition Tax Credit Expansion Act, proposes to raise the value of this credit to up to $5,000 per student and to double the income phase-out levels, making the credit available to many more middle-class families in New York paying higher college tuition costs.

“As students begin to return to college for the start of a new year, they are returning to education costs that continue to rise. No family should ever have to say to their child, you are smart enough for college, but we are not rich enough to send you. That’s why I’m introducing common-sense legislation that will put more money in the pockets of middle-class families who are paying college tuition and ensure that more New York families qualify to receive this tax credit,” Israel said.

Results of the new College Board survey released last week not only confirm that tuition costs for public, in-state four year colleges rose five percent, but college tuition costs for two-year colleges rose six percent in the 2012-2013 school year compared to the previous year and public out-of-state and private college tuition costs both rose by four percent over the last year. All of these increases are in addition to rising costs in room and board and other college-related expenses.

As a result, prominent college administrators are expressing strong support for Israel’s legislation. Remarking that college tuition represents the first big expense for many young people—an expense that’s never been higher, Dr. Jackie Nealon, Chief of Staff and Vice President, Enrollment, Campus Life and Communications of Long Island University, said. “…At LIU, we make it a top priority to help our students overcome financial obstacles, so they can concentrate on their education, rather than how to pay for it.”

“This bill, sponsored by Congressman Israel, will make a real impact in addressing the critical issue of affordability in higher education—and it will make a real difference in the lives of our students and their families,” Nealon continued.

Israel has long championed college affordability initiatives. His Student Loan Employment Benefits Act would allow employers to set up a student loan payment assistance program for employees by setting aside a set pre-tax amount from each paycheck to be applied toward student loan payments. Israel also supported recent legislation signed into law that lowers interest rates on student loans.

Include your comments about Rep. Israel’s legislation below or on our Discussion Forum.