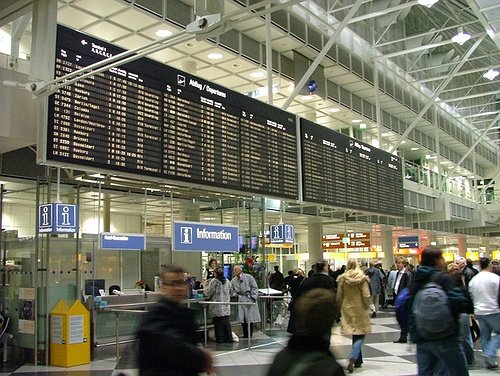 H.R. 3102 comes in response to several recent incidents in which airport and airline employees used their security credentials to bypass security screening and transport prohibited items, including illegal drugs and guns, into secure areas of airports and onto commercial flights. The legislation will streamline and strengthen the Transportation Security Administration’s (TSA) screening procedures for airport and airline employees by requiring the TSA Administrator to establish a risk-based, intelligence-driven screening model that subjects employees to more frequent, more randomized security screenings and minimizes the number of employee entry and exit points. H.R. 3102 also directs the TSA Administrator to determine whether TSA should expand the number of criminal offenses that disqualify an individual from obtaining a job that requires access to secure areas of airports, as well as to determine whether TSA should lengthen the “look-back period” when reviewing an individual’s criminal history.

“Threats to our aviation sector continue to evolve, as evidenced by the recent security breaches at airports nationwide where airport and airline employees have been able to bypass security and smuggle drugs, illegal substances, and guns into secure areas of domestic airports,” said Representative John Katko.  "This legislation presents commonsense reforms to address these gaps in security and ensure the safety of the traveling public."

“As several recent incidents have shown, weak access controls can too easily allow airport and airline employees to sneak weapons, drugs and other dangerous items into secure areas of airports and onto commercial flights, and that’s a risk we simply cannot accept,” said Representative Kathleen Rice. “In response to the Aviation Security Advisory Committee’s recommendations and the bipartisan investigations we’ve conducted on the Transportation Security Subcommittee, this legislation takes action to tighten access controls, beef up employee vetting and screening, and better protect the millions of passengers who pass through our nation’s airports and fly on our planes. I’m grateful to Chairman Katko for his leadership on the Subcommittee, and I’m eager to work together to ensure this bill is taken up by our colleagues in the Senate and sent to the President’s desk.”

Reps. Katko and Rice serve as the Chairman and Ranking Member, respectively, of the Transportation Security Subcommittee, which has sole jurisdiction over all Transportation Security Administration (TSA) security matters, including the security of passengers and cargo within the U.S. aviation system and TSA’s work to secure various modes of surface transportation such as mass transit systems, railroads, trucks, and pipelines. Reps. Katko and Rice have led the Committee’s effort this Congress to address employee access control issues.  This oversight has complemented a broader and ongoing review of TSA’s operations, policies and procedures.  The Subcommittee’s oversight over these instances revealed: shortcomings in employee vetting, improper use of employee credentials, and a range of challenges that have inhibited employee screening.