The Second Squad reports the arrest of a Bethpage man for Assault that occurred in Bethpage on Wednesday, August 24, 2016 at 12:45 am. 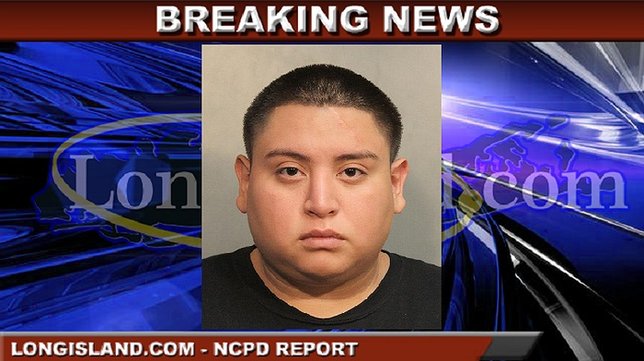 George Jordan Gonzalez, 24, of Bethpage, is charged with assault and robbery.

According to detectives, a 21 year old male victim was attending a party at the Defendant George Jordan- Gonzalez, 24, home when an argument ensued. The defendant punched the victim twice in the face. As the victim attempted to leave Jordan-Gonzalez instructed his pit bull dog to attack the victim. The dog attacked and dragged the victim around inside the home causing severe lacerations to his arms, legs, and shoulders. The victim used a pocket knife and stabbed the dog allowing him to break free. The victim fled the home and attempted to call 911 using his cell phone.

Defendant George Jordan-Gonzalez prevented the victim to call by taking his cell phone away from him. Second Precinct Police were called by another guest in the house and upon police arrival the defendant was placed into police custody without incident. The victim was transported to a local hospital and is being treated for his injuries. He is listed in stable condition.

George Jordan-Gonzalez is charged with two counts of Assault 2nd Degree and Robbery 3rd Degree. He will be arraigned in First District Court in Hempstead on Wednesday, August 24, 2016.