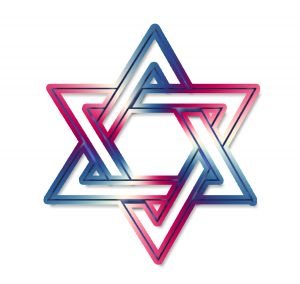 Washington, DC - December 17, 2013 - U. S. Senator Charles E. Schumer today announced that the U.S. Senate has passed his resolution congratulating the American Jewish Joint Distribution Committee (JDC) on the occasion of its 100th anniversary.  It passed the Senate this past Friday with unanimous consent. The resolution, which was co-sponsored by a bipartisan group of 28 other Senators, commends the JDC for the important work it has done over the course of the past one hundred years in vulnerable communities around the world.

“The American Jewish Joint Distribution Committee has been a leader in providing relief for disadvantaged Jewish people for the last 100 years, and they are always a positive force for good in the aftermath of natural disasters or other humanitarian crises,” said Schumer. “The American Jewish Joint Distribution Committee deserves praise and recognition for all of its great work, and I look forward to what it will accomplish over the next 100 years.”

JDC is widely considered the leading Jewish humanitarian assistance organization in the world. It provides economic relief to communities facing hardship and builds the foundation for self-sustaining Jewish community life. Founded in 1914, JDC works in more than 70 countries (including Israel) to alleviate hunger and hardship, rescue Jews in danger, create lasting connections to Jewish life, and provide immediate relief and long-term development support for victims of natural and man-made disasters.

Whereas the American Jewish Joint Distribution Committee (referred to in this preamble as the `JDC'), the leading Jewish humanitarian assistance organization in the world, provides... (Introduced in Senate - IS)

Congratulating the American Jewish Joint Distribution Committee on the celebration of its 100th anniversary and commending its significant contribution to empower and revitalize developing communities around the world.

IN THE SENATE OF THE UNITED STATES

Mr. SCHUMER (for himself and Mrs. GILLIBRAND) submitted the following resolution; which was referred to the Committee on the Judiciary

Congratulating the American Jewish Joint Distribution Committee on the celebration of its 100th anniversary and commending its significant contribution to empower and revitalize developing communities around the world.

Whereas the American Jewish Joint Distribution Committee (referred to in this preamble as the `JDC'), the leading Jewish humanitarian assistance organization in the world, provides economic relief to communities facing hardship and builds the foundation for self-sustaining Jewish community life;

Whereas when the JDC was founded in 1914, the organization initiated relief projects in communities primarily in Eastern Europe and the Middle East, and, as of November 2013, the JDC works in 70 countries worldwide and touches more than 1,000,000 lives each year;

Whereas the JDC has pioneered high-impact programs that provide access to education, health care, food, shelter, and assistance with job training and placement for governments and other organizations to utilize;

Whereas the JDC has developed and implemented initiatives in Israeli society aimed at meeting the needs of the most disadvantaged citizens in the State of Israel, including children and youth at risk, the chronically unemployed (including ultra-Orthodox Jews, people with disabilities, and Israeli Arabs), and the elderly;

Whereas the JDC received the Israel Prize in 2007 for its lifetime achievements and special contributions to society and the State of Israel for developing innovative, scalable solutions to meet the needs of the most disadvantaged citizens in the State of Israel;

Whereas the JDC has helped transform the lives of women and girls throughout the world, through initiatives that provide access to health care and education to girls, encouraging them to overcome gender barriers, receive an education, and become community leaders;

Whereas the JDC is engaging many young individuals in the United States to participate in rescue, renewal, and revitalization work through service and volunteer programs around the world;

Whereas the JDC and the United States Government have a historic and enduring relationship that has evolved from cooperating in life-saving work in Europe through the American Relief Administration following World War I and the War Refugee Board during World War II to the more recent partnerships between the JDC and the Department of Agriculture, the Department of State, and the United States Agency for International Development;

Whereas the JDC mobilizes its expert professionals and network of local, United States, Israeli, and global partners, including the Jewish Coalition for Disaster Relief, to provide immediate relief and long-term assistance in the aftermath of natural disasters, such as by providing emergency supplies and medical assistance following the earthquake and tsunami in Japan in 2011 and the earthquake in Haiti in 2010; and

Whereas the JDC creates programs and solutions that benefit the neediest populations in communities around the world and confronts the most difficult challenges, such as natural disasters, extreme poverty, political instability, and genocide: Now, therefore, be it

Resolved, That the Senate—

(1)   recognizes and celebrates the 100th anniversary of the founding of the American Jewish Joint Distribution Committee; and

(2)   commends the American Jewish Joint Distribution Committee on its valuable work around the world and wishes the organization success in its future efforts.