The Newark Mayor has announced that he is considering a bid for Governor or Senate, and that he will make his decision in the next two weeks.

Newark Mayor Cory Booker (D) has announced that he is looking into a run for the gubernatorial bid in 2013.

"I am absolutely considering running for governor, as well as giving other options some consideration,” said Booker on CBS’s Face The Nation. 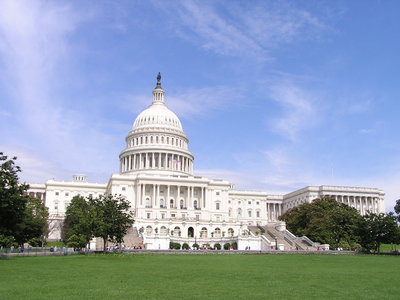 Booker’s “other options” include a run for Senate in 2014, which he also told CBS News.  He would be replacing current New Jersey State Senator, 88 year old Frank Lautenberg (D).  Odds appear to be in the favor of a Democratic Senate candidate, as New Jersey has elected Democrat to Senate in the past 13 consecutive elections.

In his run, Booker would be competing against fellow democrat, New Jersey Senate President Steve Sweeney, who is also considering a bid for either Governor or Senate.

If Booker chooses the gubernatorial bid, he will face off against incumbent Governor Chris Christie (R), who recently rose to popularity in the aftermath of Hurricane Sandy.  His decision will be announced within the next two weeks.

Booker was recently in the news for his weeklong food stamp challenge, which he began in order to raise hunger awareness and educate others about the difficulties of living off of food stamps.  In the 2011 fiscal year, the average monthly food stamp benefit in New Jersey was $133.26 per person.  Through the challenge, Booker is looking to reveal the struggle to subsist on such an amount.