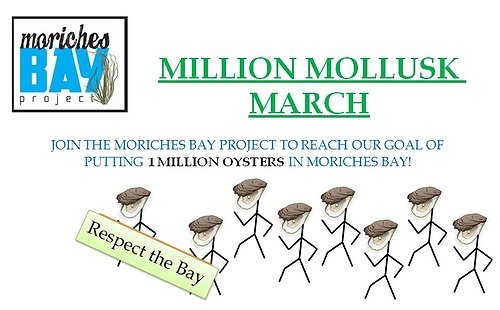 On average, a single oyster can filter 50 gallons of water a day - just imagine what a million could do for the Moriches Bay. The community needs to act now to make a difference and bring the bay back to health - for the life under the bay and for the quality of life on the bay that children, grandchild and even pets swim in.

When giving thanks this year, consider giving thanks to the bays  Please take a few minutes to watch the below video . Help The Moriches Bay Project reach its goal of 1 million oysters by making a donation, telling your friends, family, and shairng on Facebook. The Moriches Bay Project's Million Mollusk March needs YOUR help to succeed, Long Island.