New regulations have been proposed to keep boat owners from unknowingly spreading invasive species "hitchhikers" as they travel among boat launches. 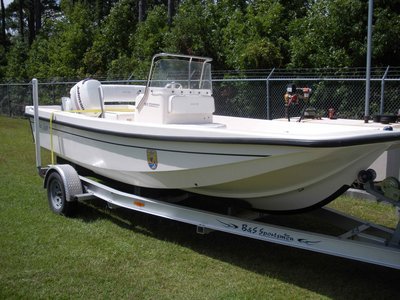 The New York State Department of Environmental Conservation (DEC) is looking to make boaters more aware of who may be hitching a ride on their boat and causing damage to the environment.

DEC Commissioner Joe Martens announced Thursday that the DEC will be proposing regulations to keep boaters from spreading aquatic invasive species (AIS) when they travel between boat launches and different bodies of water.  The regulations proposed will require boaters to remove all visible plants and animals from boats, trailers, and associated equipment.  Boaters will also be required to drain boats before launching at or leaving a DEC boat launch and waterway access.

"Cooperation and assistance from the public is essential in order for these efforts to succeed," said Commissioner Martens in a press release.  "Boats, trailers and the equipment can spread aquatic invasive species from waterbody to waterbody and significantly harm recreational and commercial use of a waterbody while having a detrimental effect on native fish, wildlife and plants. This regulation is an important component of DEC's efforts to help ensure AIS-free waters remain free and additional AIS are not introduced to other waters."

Some of the most prevalent and destructive AIS in the waters in and around New York include water chestnut, purple loosestrife, zebra mussels, fishhook water fleas, and sea lamprey.

As part of the new regulations, boaters will be responsible for checking their boats for any plant or animal material that may be clinging to it, and remove the material if found.  Nuisance Invasive Species Disposal Stations are currently available for boaters to dispose of such material without reintroducing potentially destructive AIS.

It will also be mandatory for boaters to drain their boats completely.  Boaters must then dry the surfaces of these wells and tanks before introducing their boats to another body of water.  The DEC recommends using the following website to calculate the recommended drying times for each month of the year.

To help boaters remember the proposed regulations, the DEC breaks them down into five steps:

Public comments on the proposal will be accepted through February 24.  Comments on the proposed regulations can be sent via e-mail to fishregs@gw.dec.state.ny.us, or mailed to Edward Woltmann, New York State Department of Environmental Conservation, Bureau of Fisheries, 625 Broadway, Albany, NY 12233-4753.