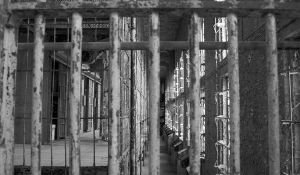 NEW YORK- February 18, 2014 - Attorney General Eric T. Schneiderman today announced the sentencing of Applied Construction Inc., its owner, Mohammad T. Riaz, its manager, Mohammad Arshad, and two foremen, Zbigniew Lakomiec and Socrates “Tony” Carrera, for failing to pay prevailing wages to workers on a public works construction project at a residential building in the Bronx. The project was financed and overseen by the New York City Department of Housing Preservation and Development (HPD).Applied Construction Inc. and Riaz pleaded guilty to felony charges and paid nearly $500,000 in restitution. That money will go to 16 workers. Applied and Riaz are barred from government construction jobs for five years.

“Development of affordable housing is critical for New York City, but it must be done with contractors and subcontractors who follow the law and pay workers properly,” Attorney General Schneiderman said. “These employers who flouted the law will be barred from New York State government projects starting now.”

Applied Construction Inc., based at 677 Morris Park Avenue in the Bronx, and its owner, manager and foremen were required by law and by their contract with the city to pay prevailing wages to workers on an affordable housing project, located at 2865 Kingsbridge Terrace in the Bronx, between November 9, 2011, and August 30, 2012. Rather than pay the workers at the legally required hourly rates, the defendants paid the workers a fraction of the lawful rate and did not provide supplemental benefits.

To conceal their scheme, Riaz and Arshad underpaid some of their workers by paying them in cash and excluding those workers on certified payroll reports submitted to HPD. In addition, some workers who were listed on the reports were given the amount of money as listed on the certified payroll reports but were then required to return a portion of their wages to the defendants.

The defendants were arrested on March 6, 2013, and March 11, 2013, and charged with Grand Larceny in the Second Degree, which carries a maximum term of 5 to 15 years in prison. Riaz was also charged with three counts of Money Laundering in the Second Degree. Other charges include Scheme to Defraud, Falsifying Business Records, and Offering a False Instrument for Filing and Violation of Workers Compensation Law.

The project, funded in part with taxpayer dollars, was administered by New York City’s Department of Housing Preservation and Development and was subject to prevailing wage requirements.

On November 20, 2013, Applied Construction Inc. pleaded guilty to a violation of Scheme to Defraud in the First Degree, Penal Law § 190.65(1)(b), a class E Felony, and Riaz pleaded guilty to a violation of Workers Compensation Law § 52(1)(a), a Class E felony. These defendants paid $490,000 in restitution and will be barred from doing any government work in New York for five years. In addition, the defendants paid more than $2,000 to the New York State Department of Labor for unemployment insurance taxes, and defendant Riaz will have to complete 200 hours of community service. The defendants were sentenced to a conditional discharge.

The Attorney General thanked the Mason Tenders District Council for their assistance with the case.

Robert Bonanza, business manager of the Mason Tenders District Council of Greater New York, said, “Once again, Attorney General Schneiderman and his office has sent a clear signal to anyone who wants to do public construction work on affordable housing projects in New York State – play by the rules, don’t break the laws, and don’t exploit your workers or you will face the consequences. Exploiting workers is always wrong, but Applied Construction, and its officers, has brought this criminal activity to a new low on affordable housing work performed through the City's Department of Housing Preservation and Development. Honest, hardworking New Yorkers have a true ally in Attorney General Schneiderman, and on behalf of the 17,000 members of the Mason Tenders District Council, I want to thank him for his leadership and courage in protecting all New Yorkers. ”

New York's prevailing wage law seeks to ensure that government contractors pay wages that are comparable to the local norms for a given trade. The law requires hourly rates for construction work performed for public agencies that are well above the state minimum wage of $8.00 per hour, along with benefits. Under Labor Law §220(3), any contractor or subcontractor who fails to pay prevailing wages to workers on a public works construction project may be prosecuted, with severity of the charges depending on the aggregate amount stolen from the workers.

The sentencing in this case follows the civil resolution of two unrelated cases also involving underpayment of workers at affordable housing projects developed by HPD. In March 2013, Attorney General Schneiderman announced a settlement of nearly $1 million from Procida, a general contractor on two affordable housing projects for seniors in Brooklyn, followed by a $600,000 settlement with another contractor, Masonry Services, Inc., in August 2013.