The funds from this grant will address the grassland, meadow and shrubland areas of the preserve, in order to restore and create critical habitat for wildlife. 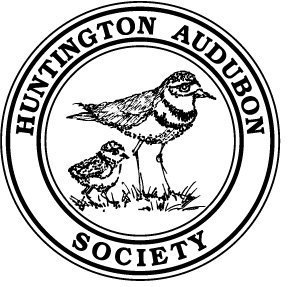 Jericho, NY - July 7, 2014 - Huntington-Oyster Bay Audubon Society (“HOBAS”) is pleased to announce that the Chapter is the recipient of a $39K grant from the US Fish and Wildlife Service (“USFWS”) to begin a habitat restoration project, in partnership with the New York State Department of Environmental Conservation (NYSDEC), at Underhill Preserve, located in Jericho.  In addition, the Chapter also received a $5K grant from Long Island Invasives Species Management Area (“LIISMA”) to hire a consultant to conduct invasive species mapping and write a management plan.
In October 2002, after many years of efforts, New York State, Nassau County and the Town of Oyster Bay acquired 50 acres of the environmentally-sensitive land in a state-designated Special Groundwater Protection Area above the county's sole source aquifer. Added to the existing 25-acre Oyster Bay Town preserve, the 75 -acre Underhill Preserve was established. The preserve was never opened to the public and since then the property has severely degraded. Invasive species such as autumn and russian olive, multiflora rose, Japanese honeysuckle, mile-a-minute, porcelain berry, garlic mustard and others have invaded the fields, woods, and trails, thereby reducing habitat for birds, butterflies (including the iconic monarch, a species in steep decline) and other wildlife.
The funds from this grant will address the grassland, meadow and shrubland areas of the preserve, in order to restore and create critical habitat for wildlife, while protecting the native plant species found in the preserve.  Ten species of NYS threatened and endangered plants have been documented in Underhill by the consultant hired by HOBAS in 2013 to conduct a comprehensive botanical survey, with a total of approximately 350 plant species confirmed. Over 100 species of birds have been documented as well as the Eastern box turtle, a NYS listed species.  The chapter is currently conducting breeding bird surveys in the preserve to add to the general avian data compiled thus far.
Says HOBAS president Stella Miller, “Advocates for this preserve spent almost a decade fighting to save it from development. This was an important and necessary first step.  With invasive plant species threatening so many of our preserves, it is equally vital that these preserves be managed in a way that will maintain ecological diversity and health.  We are pleased to receive funding that will help facilitate efforts to restore, create and protect critical bird and butterfly habitat.  In the past five years we have observed a steep decline in the birds and butterflies using the preserve as the habitat has degraded.”  She continues, “We look forward to working with the NYSDEC and the surrounding community in the upcoming years as we work to restore and maintain habitat for the protection of wildlife and the enjoyment of the public”.
Heather Amster, Real Property Supervisor for the NYSDEC, says, “Through HOBAS’s outreach, interest and efforts the Preserve will receive some long-due attention and TLC. The Department looks forward to working with HOBAS in the coming months and years to restore and maintain the Preserve’s important grass and shrub-lands.  We thank the chapter for their efforts on behalf of the Preserve, the Department and the People of the State of New York.”
Huntington-Oyster Bay Audubon Society is a chapter of the National Audubon Society, serving over 1,000 members in Huntington and Northern Oyster Bay Townships.  The organization works to protect wildlife and preserve habitat through conservation action, advocacy, education and responsible recreation.