After a store clerk mistakenly entered the wrong numbers, Michael Sullo returned to the store demanding to be paid, and later allegedly followed the clerk in his car and threatened him with a box cutter ... 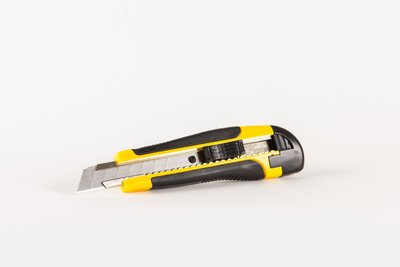 A man from Syosset who had losing lottery numbers due to a grocery clerk who entered the numbers incorrectly is accused of pulling a box cutter on the clerk Friday evening.

Michael Sullo, 43, was a regular customer of the Food Express, at 391 Jericho Turnpike in Syosset, where he played the same lottery numbers every day – 5-0-2.  At about 7 p.m. on Friday, his numbers won $250, but the clerk mistakenly entered the wrong numbers into the computer.

Sullo came back to the store after realizing the wrong numbers were entered and complained to the clerk that they were not the numbers he selected. The clerk offered to pay half, but Sullo was not satisfied with the offer. The clerk’s shift had ended, so he left the store and drove out of the parking lot, which was when Sullo pursued the clerk in his own car.  He prompted the clerk to pull over, which was when Sullo allegedly produced a box cutter and demanded to be paid the $250, according to Nassau County Police.

According to the report, the clerk complied and sent Sullo back to the store.  The man collected his $250 at the Food Express, and then fled the scene.

Police were able to catch up with Sullo about 25 minutes later at the corner of Edwards and Florence Avenues in Syosset. Sullo was arrested and is being charged with robbery in the first degree and criminal possession of a weapon in the fourth degree.

He is expected to be arraigned on Saturday.