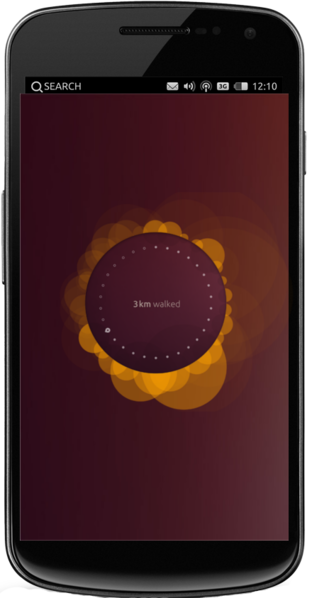 “The app developers who competed in this challenge have shown that they have the know-how, the enthusiasm, and the energy to do great things with the open data we and others provide,” said Thomas F. Prendergast MTA Chairman and CEO. “And we are glad that so many in the tech community have put their efforts into helping the MTA, and, more importantly, our customers. That’s why we are going to continue to expand the amount of open data we provide.”

“As our network continues to expand underground, we are presented with a unique opportunity to improve the commuting experience for the millions of MTA customers who ride the subways, buses and rails each day,” said Marissa Shorenstein, New York State President, AT&T. “AT&T is excited to be part of the innovation process that develops better tools utilizing mobile communication and benefits the greater public.”

“This challenge illustrates the importance of engineering to our everyday lives in the 21st century, as well as the power of partnerships between academia, government and the private sector,” said Katepalli Sreenivasan, NYU-Poly President. “The spark that ignited the App Quest and the one-day hackathon in May arose from an NYU-Poly research and classroom project to make use of MTA data, and the support of AT&T helped make possible the tens of apps that will benefit the MTA’s 8.5 million commuters. The students of our Integrated Digital Media program, like engineering students throughout New York, find excitement and experience through such real-world challenges, and NYU-Poly is pleased to play a role in the 2013 App Quest.”

“App Quest continues to galvanize software developers, designers, and technologists around the world who look to improve transit by tapping into great data and APIs,” said Brendan Kessler, CEO of ChallengePost. “We're excited by the growth of this competition from last year. In addition to rallying software makers from across the U.S., App Quest attracted entries from Australia, Israel, Singapore, and the U.K.”

The apps were developed as part of the 2013 App Quest virtual challenge that launched in May with a weekend hackathon – the first to be officially sponsored by the MTA. Developers had the opportunity to continue working on their apps through the final deadline in August. App Quest received 49 total submissions.

In the last year, AT&T has helped lead the activation of wireless service in underground subway stations, and the MTA’s Transit Wireless program has connected 36 stations in Manhattan to free public WiFi. The MTA has announced it will expand Transit Wireless to the next 40 stations, in Queens and Manhattan, by the first quarter of 2014.

The panel that selected the winning apps included digital, transit and tech experts from across the City, including:

More information about the winning apps:

About the Metropolitan Transportation Authority (MTA)

The Metropolitan Transportation Authority is North America’s largest public transportation network, serving a population of 14.9 million people in the 5,000-square-mile area fanning out from New York City through Long Island, the Hudson Valley, and southwestern Connecticut. MTA subways, buses, and railroads provide 2.63 billion trips each year to New Yorkers – the equivalent of about one in every three users of mass transit in the United States and two-thirds of the nation’s rail riders.

The Polytechnic Institute of New York University (formerly the Brooklyn Polytechnic Institute and the Polytechnic University, now widely known as NYU-Poly) is an affiliated institute of New York University, soon to be its School of Engineering. NYU-Poly, founded in 1854, is the nation’s second-oldest private engineering school. It is presently a comprehensive school of education and research in engineering and applied sciences, rooted in a 159-year tradition of invention, innovation and entrepreneurship. It remains on the cutting edge of technology, innovatively extending the benefits of science, engineering, management and liberal studies to critical real-world opportunities and challenges, especially those linked to urban systems, health and wellness, and the global information economy. In addition to its programs on the main campus in New York City at MetroTech Center in downtown Brooklyn, it offers programs around the globe remotely through NYUe-Poly. NYU-Poly is closely connected to engineering in NYU Abu Dhabi and NYU Shanghai and to the NYU Center for Urban Science and Progress (CUSP) also at MetroTech, while operating two incubators in downtown Manhattan and Brooklyn. For more information, visit http://www.poly.edu.