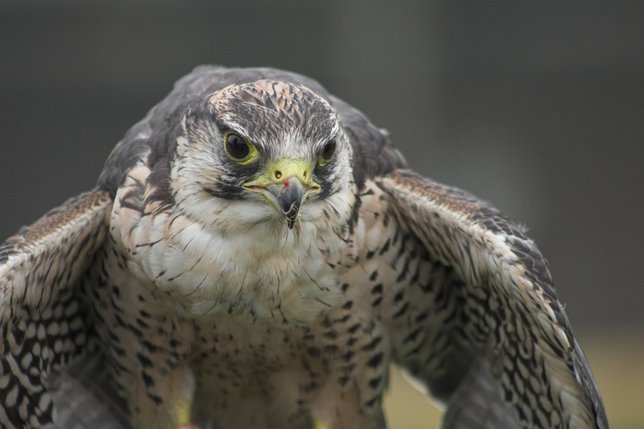 This year marks the 30th year of participation by MTA Bridges and Tunnels in the State Department of Environmental Conservation’s nesting program, which began in New York City in 1983. New York City Department of Environmental Protection’s Wildlife Studies Division Specialist Chris Nadareski coordinates the program in the city, climbing high atop various buildings and bridges each year to band and record the falcons.

“Other than providing the nesting box, our primary goal during mating season and until the chicks leave the nest is to stay out of their way,” said Marine Parkway Maintenance Superintendent Carlton Cyrus. There are no other costs associated with housing the peregrines.

Urban falcons like to nest atop bridges, church steeples and high-rise buildings because they provide an excellent vantage point for hunting prey, including pigeons and small birds.

Peregrine falcons were nearly wiped out in the 1960s because of pesticides in their food supply, and remain on the State DEC endangered birds list. Peregrine falcons mate for life and nest in the same spot each year.