Who came out on top at the 85th Annual Academy Awards? Did your favorite make the grade? 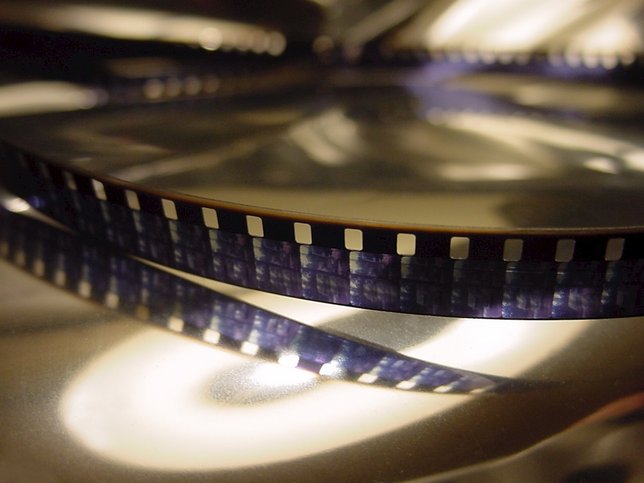 Hopefully your Oscar party went well, all the chips were eaten, all your theme snacks devoured, all your wine consumed. Hopefully you won your Oscar pool, proving that your film acumen is far and beyond that of your friends. From the onset, the 85th Annual Oscar ceremony seemed to be acknowledging old Hollywood glam while also utilizing a socially-conscious push towards films with a message.

Perhaps most interesting this year was the musical theme. In previous years, the Academy has done an excellent job of showcasing a particular aspect of film as the theme of the Oscar ceremony itself, however; the theme of musicals and music lent itself naturally to the proceedings as Seth McFarlane, a closet song-and-dance man handled hosting duties. Anyone familiar with McFarlane’s Family Guy will understand the impact both old Hollywood glamour and musicals have on Fox’ most popular series. Little in-jokes here and there, as well as large choreographed (animated) dance numbers often punctuate jokes littered throughout the show, week to week.

McFarlane proved to be a different breed of host from the very beginning, bringing William Shatner into the mix to reprise his role of Captain James T. Kirk of the USS Enterprise. Playing up the internet hype that McFarlane would surely be the worst Oscar host ever, his opening bit involved a healthy blend of tasteless frat boy reverie with a mix of musical wonderment. McFarlane’s scathing joke that the Academy “knows they messed up” by not nominating Ben Affleck for Argo was perhaps the most interesting jab of the night and one that would prove prophetic.

Chritoph Waltz winning Best Supporting Actor wasn’t much of a shock, as his role in Django Unchained plays to all of his strengths. The favored pick of Tommy Lee Jones was the safe bet, but with so much controversy surrounding the lack of a directing nomination for Quentin Tarantino, it almost became a no-brainer that the Academy would find a way to honor Django Unchained as much as possible. Waltz taking home Best Supporting Actor seemed to set the tone for a night of apologies on behalf of the Academy who failed to nominate brilliant directors like Tarantino, Affleck and Kathryn Bigelow.

Melissa McCarthy, the subject of ire from film critic Rex Reed looked absolutely stunning as she presented alongside Paul Rudd. Presenting awards to both Paperman (for best Animated Short, completely deserved) and Brave (probably Pixar’s worst film to date) was a mixed-bag. With powerhouse animated features like Wreck-it Ralph and Paranorman, its difficult to ignore the fact that all Pixar has to do is make a movie and it’ll win awards, regardless of the film being almost void of any heart or substance.

Life of Pi is perhaps one of the most spiritual and visually stunning films ever made. It's easy to forget when up against socially-conscious films like Zero Dark Thirty and Argo. Taking home awards for cinematography, Best Original Score, Best Director and visual effects is perhaps the least the Academy can do to show a brilliant film the love it deserves. Watching it take home a bevy awards was pleasing if only because it genuinely deserves the love it espouses through the film’s message.

Going along with the musical theme of the night, Shirley Bassey emerging from the stage and belting out what is perhaps the best-known of all the legendary Bond tracks, “Goldfinger” was an amazing Oscar moment. After watching a wonderfully-edited piece celebrating 50 years of James Bond and hearing the classic, booming spy score we all know and love, hearing “Goldfinger” performed live was an awesome capper to the segment.

Perhaps my favorite film of 2012, Searching For Sugar Man wins Best Documentary. I’ve been floored by this film since catching its debut at Guild Hall in the Hamptons. A stirring journey to find a lost musical genius, the film is a testament to music's impact on a nation of people.

Here comes a bit of controversy, folks. I prepare for your scorn in the comments section below. After John Travolta introduced a celebration of movie musicals, Catherine Zeta-Jones brought the house down with "All That Jazz." Unfortunately, Jennifer Hudson brought the show to a screeching halt not long after. Anne Hathaway then provided the nail in the coffin performing her tune from Les Mis. I know I’m in the minority here, but watching Anne Hathaway win an Oscar for Best Supporting Actress was pretty much unbearable. Even with McFarlane’s brilliant Sound of Music introduction for Christopher Plummer, Hathaway’s win was the first let-down of the night. I don’t consider Brave’s victory a let-down because I understand the Academy’s adoration of Pixar, for better or worse.

The Science and Technology segment of the Oscars is always an incredibly important and overlooked aspect of filmmaking. Personally, it would be wonderful to see these awards broadcast elsewhere, maybe on a channel like IFC. Without these technological pioneers, we wouldn’t be able to enjoy the magic of film the way we do.

The In Memoriam section always brings a tear to the eye, especially seeing the losses of Marvin Hamlisch, Richard Zanuck, Harris Savides and Ernest Borgnine. Sad to see Hollywood lose such amazing and talented visionaries. For those not mentioned, the entertainment community salutes you.

Quentin Tarantino winning his second Oscar for Django Unchained is well-deserved, though the Academy should have nominated him for Best Director, as well. It almost feels like his winning of Best Original Screenplay is an apology from the Academy, as stated previously. His passionate speech about storytelling and what a strong year it was for film was stirring.

Ang Lee's win over Steven Spielberg might go down as one of the greatest upsets in Oscar history. Lee's incredible film is one of the spirit, but is easily overlooked when compared to Lincoln and Argo. Plenty of folks hopped on the Spielberg front-runner train, however; I never saw Lee’s victory coming.

Jennifer Lawrence winning over Jessica Chastain is a bummer, considering Chastain cashed in a performance for the ages. At the same time, Lawrence's tumble up the stairs to accept her award was good for a giggle. Lawrence is a tremendous performance, but roles for females aren’t typically populated with driven, powerful women like the Mya character in Zero Dark Thirty.

Daniel Day-Lewis is a no-brainer. Breaking ground as the first actor to win three academy Awards in the Best Actor category, the talented method actor has delivered nothing but powerful performances. Using his speech to joke with Meryl Streep about how they swapped the roles of Lincoln and Margaret Thatcher, Day-Lewis exemplifies the brilliance of acting.

I predicted after the Golden Globes that Argo would be a force to be reckoned with. While I’m slightly disappointed that it beat Zero Dark Thirty (my favorite fiction film of 2012), Argo is a brilliant piece of spy fiction about the power of non-violence and smart thinkers. Affleck, George Clooney and Grant Heslov, as producers, did the world a service in telling the story of a CIA spook sneaking American staff out of a middle-east hot zone. Aflleck’s frantic and sweet speech was the perfect capper to an interesting awards night.