New App to Aid Commuters, iPhone Theft on the Rise

The MTA is has launched a beta-version of an app which can estimate train arrivals, but using an iPhone in the subway could prove risky.

The MTA has just released a mobile version of its popular web-based subway tracker dubbed simply the MTA Subway Time App. Presently the beta app is only available for iPhones and other iTouch devices, but those who do carry Apple products around with them can now easily check to see when New York City subways are running on time.

MTA Subway Time currently tracks the 1, 2, 3, 4, 5, 6 and S 42 St Shuttle lines, allowing users to check up-to-the-minute estimates of exactly when trains coming from both directions will arrive at their station of choice. The app works in conjunction with the countdown clocks currently installed in 156 stations across the City.

Though the app is currently only available for iOS, owners of devices that can use it are advised to use extreme caution when holding iPhones or iPads out in the open; Mayor 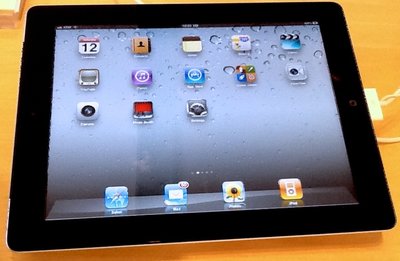 Bloomberg is attributing a recent report of increased annual crime in NYC almost entirely to theft of Apple items. According to the report, 3,484 more major crimes have occurred in 2012 than over the same period in 2011, however, 3,890 of those crimes were theft of Apple products. In other words, if not for the high volume of stolen iPhone, iPods, iPads, and Macs, the crime stat would have gone down by over 400. Violent crimes in particular have fallen once more, with the lowest homicide and shooting totals recorded since the City started tracking them.

To avoid having a smartphone or tablet stolen, owners are advised not to leave their possessions out in the open for extended lengths of time. It is better to keep them secured in tighter pockets, closer to the body, where one would be more likely to feel a pickpocket attempting to swipe an iPhone than in a loose, outer pocket such as that of a winter coat or purse. Though iPhones and other smart devices can be a godsend for commuters or visitors unfamiliar with New York City’s transit system, they cannot do very much good if stolen, so be sure to keep close track of your own when in crowded spaces.