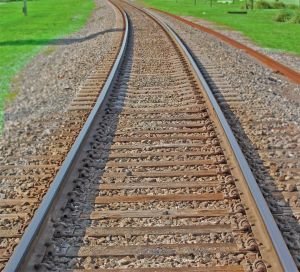 “This Project Labor Agreement is a real win-win for both the riders of the LIRR and the hardworking men and women of local Long Island trade unions,” Governor Cuomo said. “As the MTA moves forward on vital LIRR repairs and improvement projects, this agreement will help reduce costs, while creating and retaining good jobs on Long Island. I commend the leadership of the MTA and the Building and Construction Trades Council of Nassau and Suffolk for their hard work in reaching this agreement.”

The agreement, negotiated between the LIRR and the Buildings and Construction Trades Council of Nassau and Suffolk Counties, is a first for the MTA and the LIRR. In addition to reducing costs, the pact includes a ‘no strike’ clause on the covered projects, provides opportunities for minorities and women to enter trade union apprentice programs and includes non-discrimination provisions in union hiring hall and job placement practices.

The first project to benefit from the agreement, which is subject to approval by the MTA Board of Directors, will be civil and structural work for Phase 1 of the LIRR’s proposed construction of a second track on its Main Line between Farmingdale and Ronkonkoma scheduled to get underway early next year. The MTA has budgeted $137.7 million for this first phase in its 2010-2014 Capital Plan.

The ‘Double Track’ project will improve service and reliability on one of the LIRR’s busiest branches, spur economic activity, improve off peak frequency of service and reserve peak commuting opportunities, including connections to MacArthur Airport. The Double Track project environmental assessment and 30-day comment period on the project has been completed and a final decision on the project is expected in the fall.

The seven projects covered by the agreement are expected to create between 400 and 500 private sector construction jobs on Long Island.

“The MTA is the economic engine of the region and this ground breaking agreement will ensure that the jobs we help create through our capital program stay local and help the Long Island economy,” said MTA Chairman and CEO Thomas Prendergast. “At the same time, by working with organized labor, we will also be able to hold down costs and save precious dollars on these LIRR projects.”

“This agreement will result in real cost savings to LIRR customers and to the taxpayer,” said LIRR President Helena E. Williams. “At the same time, it means that local construction jobs will go to Long Islanders whose spending power helps fuel the Long Island economy. We wanted to make sure we did everything we could to preserve local jobs while getting the most value for the MTA as we modernize and improve the LIRR. I want to thank our labor partners in the building trades for showing real leadership and flexibility to get this agreement done. It will benefit their members, the railroad and all of Long Island.”

“Long awaited projects including Double Track mean better, more reliable service for LIRR commuters and we are pleased to see that they will be done with local labor, preserving local jobs, while helping the MTA hold down costs," said LIRRCC Chairman Mark J. Epstein. "This is a ground breaking agreement for the LIRR, the MTA and organized labor on Long Island. It shows that when all sides work together, vitally necessary projects can move forward benefitting commuters and the LI economy.”

State Senator Charles J. Fuschillo, Jr. said, “This agreement is a win for Long Island commuters, labor force and economy. I commend the Long Island Rail Road and the Building and Construction Trades of Nassau and Suffolk County for working together to come to an agreement that will allow these vital projects to move forward ensuring that our mass transit system continues to be efficient and reliable.”

County Executive Steve Bellone said, “Congratulations to the Long Island Railroad and the Building and Construction Trades of Nassau and Suffolk Counties for negotiating a Project Labor Agreement which saves money, promotes economic development and protects union jobs. The men and women of the construction trades are a critical component of the regional economy and this agreement will provide an opportunity for more construction personnel to enter apprentice programs and secure good paying jobs and increase their skill sets.”

Richard O'Kane, President of the Building and Construction Trades Council of Nassau and Suffolk, said, “This agreement reflects not just the strong work ethic of organized labor but the ability of public authorities to work closely with the construction trades for the purpose of strengthening our region’s critical infrastructure. We are proud to be part of this dual track coalition and we are looking forward to helping create the groundwork for a strong and robust 21st Century mass transit system on Long Island.”

Rich Schaffer, Town of Babylon Supervisor, said, “This historic agreement is proof that by working together on all levels, major savings can be achieved for the benefit of taxpayers. I applaud Governor Cuomo, the MTA and everyone involved in this agreement because it means good local jobs and the start of the LIRR repairs and improvements that will benefit all Long Island commuters.”

Brookhaven Town supervisor Ed Romaine said, “This agreement announced today by Governor Cuomo will provide a major economic boost for our area. With creation of up to 500 private sector jobs and savings of more than $6 million, this is truly a win-win for our residents, and I thank the Governor for his leadership on this issue.”

Under the agreement, the Railroad guarantees that its contractors will employ only trade workers under the terms of collective agreements in the construction industry on Long Island, a key issue for labor which has seen many local jobs go to out-of-state firms employing non-union workers in recent years.

In undertaking negotiations with the Buildings and Construction Trades Council and its members, the Long Island Rail Road's goal was to obtain the best work at the lowest possible price, prevent favoritism, fraud and corruption, and avoid delays and labor unrest.

In seeking to achieve this goal, the unions agreed to the following changes in their current contracts:

The LIRR estimates that the contract revisions will result in direct savings of $6,595,179 or 10.97% of the total labor cost of these capital projects. The estimated economic benefits of the PLA have been confirmed in a study performed by the engineering firm of Hill International, which has performed this service in connection with numerous other PLAs. Moreover, additional savings are expected as a result of no-strike and management rights provisions which ensure the work proceeds expeditiously with a dependable contractor workforce over the full five-year period.

The deal includes Equal Opportunity hiring provisions and promises fair treatment for minority and women contractors, terms of which were negotiated with the help of MTA Chief Diversity Officer Michael Garner. Veterans also benefit through the use of the “Helmets to Hardhats” program, providing qualified individuals with apprenticeship opportunities.