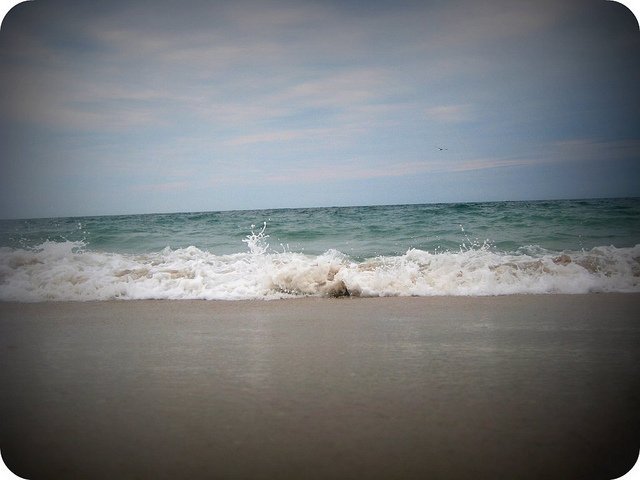 Albany, NY - March 15, 2013 - Governor Andrew M. Cuomo today announced that a $32.2 million project to restore Ocean Parkway on Long Island is reaching a milestone this week with the start of pavement reconstruction only four months after Superstorm Sandy devastated the oceanfront roadway and miles of beaches along it.

“Ocean Parkway and its connections to Robert Moses State Park are important to Long Island’s quality of life and economic well-being,” Governor Cuomo said. “Local, state and federal agencies have worked quickly and collaboratively to repair Parkway damage caused by Superstorm Sandy, and I’m pleased to report that we are on track and on budget for completing this project by Memorial Day.”

State Department of Transportation Commissioner Joan McDonald and State Office of Parks, Recreation and Historic Preservation (OPRHP) Commissioner Rose Harvey today toured the project, which includes replacing a two-mile stretch of Ocean Parkway destroyed near Gilgo Beach and rebuilding damaged lanes to the traffic circle in Robert Moses State Park. The project also is replacing five miles of protective sand dunes washed away by the storm and replenishing native vegetation along the dunes.

“Governor Cuomo directed a quick response to this highway damage, and our partner agencies and project contractors are making it a reality,” State Department of Transportation Commissioner Joan McDonald said. “Ocean Parkway carries nearly 10 million visitors a year to the beaches and parks along Long Island’s southern shoreline. We have taken a comprehensive approach to rebuilding both the roadway and the sand dunes that protect it, ensuring that the Parkway is ready for the summer tourist season and future damage is minimized.”

State Parks Commissioner Rose Harvey said, “I am grateful to Governor Cuomo and my partners in government for fast-tracking the repair of the Ocean Parkway and rebuilding the dunes that help protect Long Island’s magnificent coastline so that New Yorkers will be able to enjoy their beaches this summer.”

State Department of Environmental Conservation Commissioner Joseph Martens said, "DEC will continue to work with federal and state agencies to find adequate amounts of sand for reconstruction and beach renourishment projects throughout Long Island. Re-nourishing beaches is an important step in protecting Long Island during future storm events and this expedited project will do just that."

The construction project is being done by a joint venture of three New York-based contractors John P. Picone, Bove Industries, and Tully Construction. The project is being coordinated amongst ten different federal and state agencies and authorities.

Congressman Tim Bishop said, “Critical infrastructure throughout Long Island was devastated by Superstorm Sandy, and the rehabilitation of Ocean Parkway is a welcome first step in the long process of rebuilding our communities. Recovering from damage that stretches from Long Beach to Montauk Point and hardening our defenses against future storms will require a sustained commitment and continued coordination among all levels of government.”

New York State Senator Charles J. Fuschillo, Jr., Chairman of the Senate's Transportation Committee, said, “The Ocean Parkway is a critical and widely utilized roadway which brings residents and visitors to Long Island's beautiful south shore coastline. Completing this repair and restoration project by Memorial Day will ensure that the beaches and parks along the Ocean Parkway will be able to serve the millions of people who use them each summer. I thank everyone involved in this project for their hard work to ensure that it is completed on time and on budget,”

Assemblyman David G. McDonough said, "I would like to commend Governor Cuomo, the New York State Department of Transportation, Office of Parks and Recreation and Environmental Conservation for their quick action in repairing this roadway, which suffered severe damage from Superstorm Sandy. Ocean Parkway provides necessary access to Long Island's premier beaches."

Suffolk County Executive Steve Bellone said, “I applaud Governor Cuomo for leading and coordinating a quick response to the reconstruction and rehabilitation needed on Ocean Parkway. Ocean Parkway provides a gateway to Long Island’s beaches, which are so critical to the economic vitality of Suffolk County. The scheduled completion of the project will serve as welcomed news to the businesses depending on summer tourism and to residents who enjoy the beaches throughout the year.”

Nassau County Executive Edward P. Mangano said, “I applaud the efforts of Governor Cuomo and everyone involved for their quick response to this very vital roadway that affects not only our quality of life but also for many their livelihood. Working together we will continue to see tremendous strides as we recover from Superstorm Sandy.”

Long Island Contractors’ Association Executive Director Marc Herbst said, “We are pleased to join Commissioner McDonald and state officials in recognition that the Ocean Parkway rehabilitation is on schedule for the summer season, clearly demonstrating the mettle of LICA members Bove Industries, Inc. and Tully Construction Co., Inc., and all of Long Island construction trades. Not only does this extraordinary progress clearly demonstrate their dedication under the harshest conditions, but the readiness of our industry workers and equipment to get the job done."

Ocean Parkway is a 15.5 mile-long highway that provides commuter access and links the public with many popular recreational and residential communities along Long Island’s southern shore. Superstorm Sandy caused unprecedented damage to the roadway and the protective dunes, completely closing the road for nearly a month. The New York State Department of Transportation (NYSDOT) completed emergency work to reopen the road with lane and speed restrictions on November 24.

The project calls for subcontractor Norfolk Dredging, of Virginia, to pipe 800,000 cubic yards of sand from the Fire Island Inlet nearly three miles to shore, where trucks are moving it to reconstruct the sand dunes. That is enough sand to fill a football field 38 stories high. The dredging started Feb. 8 and much of the dunes have been rebuilt.

The reconstruction of Ocean Parkway started this week, which includes the replacement of two miles of the concrete road surface.

The Federal Highway Administration will fund the majority of repair and restoration work through its Emergency Relief program.