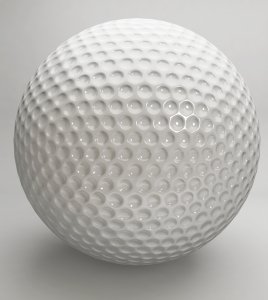 Albany, NY - September 17, 2013 - Governor Andrew M. Cuomo today announced a landmark agreement with The PGA of America to bring the 101st PGA Championship and the 45th Ryder Cup to Bethpage State Park in Farmingdale. As two of golf’s most important tournaments, the PGA Championship and Ryder Cup each attract hundreds of thousands of spectators from around the world and provide a significant economic boost to the communities that host them.

“I am thrilled to announce that New York State will once again host two of golf’s most acclaimed events – the PGA Championship and the Ryder Cup – right here at Bethpage State Park on its spectacular Black Course,” Governor Cuomo said. “As we continue efforts to attract these kinds of major sporting events to the State and establish New York as the top destination for sports fans, the PGA Championship and the Ryder Cup tournaments will also provide a tremendous boost to the Long Island economy and put the beautiful, world-class Bethpage State Golf Course on an international stage. We look forward to welcoming golfers, spectators and television viewers from around the world to experience the best golf here in the Empire State.”

The 101st PGA Championship will take place in 2019 and mark the 13th time that New York has staged the season’s final major, more than any other state in the nation. Most recently, New York hosted the 2013 PGA Tournament at the historic Oak Hill Country Club in Rochester. That tournament drew over 200,000 spectators, up to 30% of whom were from outside New York State and generated more than $85 million in revenue. The event also featured a Taste NY experience highlighting the world-class food, beer, wine, and spirits produced by New York State’s agricultural and culinary industries.

In addition, The PGA of America recently announced that they will open a satellite office in Westchester, New York, their only satellite office in addition to their headquarters in Palm Beach Gardens, Florida. The New York office that will serve as a footprint in the region that gave birth to the world’s largest sports organization its birth in 1916. The office will be established within the “Golf Central” site of the headquarters of both the Metropolitan PGA Section and the Metropolitan Golf Association, in Elmsford, N.Y. The PGA New York Office will be led by The PGA of America’s Chief Marketing Officer Kevin Ring, who will relocate to the area, for a planned fall opening. The space will be used by The PGA’s Officers, Leadership Team and Staff, as The PGA prepares for its Centennial Celebration in 2016.

New York State is the birthplace of the PGA Championship and has a longstanding history of hosting this tournament. The first Championship was played in 1916 in Bronxville and throughout the years New York has welcomed the PGA back at many of the world class courses across the state in Long Island, Westchester, Queens and Rochester, like Bethpage.

The Ryder Cup is a biennial competition featuring the best golfers from Europe and the U.S. The 45th Ryder Cup, to be held in 2024, will be New York’s second time hosting.

“As a New Yorker, I can’t tell you how excited I am to be a part of today’s announcement,” said PGA of America Chief Executive Officer Pete Bevacqua. “New York is part of the fabric of the history of The PGA of America, from our founding in New York City in 1916, to hosting multiple championships and having four great PGA Sections within the state. We are grateful to Governor Cuomo’s commitment to hosting these great events at Bethpage and we look forward to working with both local and state officials to add an unforgettable chapter in golf history at Bethpage.”

“How fitting it is that we will be taking two of golf’s premier events to a state that was the site of our first PGA Championship and to a spectacular course whose design was influenced by one of golf’s most accomplished architects and a friend of The PGA of America,” said PGA of America President Ted Bishop. “It is exciting that both the PGA Championship and the Ryder Cup will come to New York, which is home to some of the most passionate and knowledgeable sports fans in the world.”

Senate Majority Coalition Leader Dean Skelos said, “Bethpage Black is truly one of the greatest golf courses in the world and its tremendous news that it will once again host the greatest golfers in the world for the PGA and Ryder Cup tournaments. These events will have an enormous positive impact on Long Island’s economy, bringing hundreds of thousands of golf fans from all over the globe and generating millions of dollars in revenue for local businesses.”

Assembly Speaker Sheldon Silver said, “As a longtime fan of the sport, I am delighted that our Bethpage State Park will host the PGA Championship and the Ryder Cup, and I commend Governor Cuomo and the PGA for reaching this agreement. New York is and has always been the sports and entertainment capital of the world and with these major tournaments, we give visitors and fans from around the globe two more reasons why they should invest their tourism dollars in the Empire State.”

Assemblyman Charles Levine said, “It is an honor and a privilege to welcome both the PGA Championship and the Ryder Cup here to the beautiful, historic Bethpage State Park. Hosting such events will allow us to showcase all that Long Island has to offer, to champion professional golfers and to global spectators alike, while also bringing a significant tourism boost to our community. I look forward to working with Governor Cuomo and the PGA as we bring two of the most exciting international golfing tournaments to our beautiful backyard.”

“Bethpage State Park takes great pride in its history of serving as host to golf’s pre-eminent events,” said New York State Parks Commissioner Rose Harvey. “With the combination of a PGA Championship and a Ryder Cup being conducted on our property, it solidifies the confidence that the golf industry has in our staff, our venue and the community to provide the ultimate spectator experience.”