Housing for homeless sex offenders has been removed from two towns in Suffolk County. 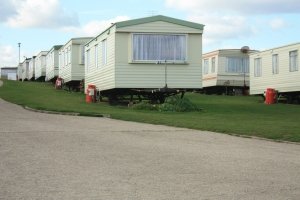 Westhampton, NY – August 19, 2013 – The Westhampton and Riverside trailers formerly used by the Suffolk County Department of Social Services to house homeless sex offenders have been disconnected and removed from their sites, according to an email from Acting Suffolk County Department of Social Services Commissioner John O’Neill to Legislator Jay Schneiderman and Supervisor Anna Throne-Holst.

County Executive Steve Bellone ended the emergency housing program in May of this year at the request of Legislator Schneiderman and Southampton Supervisor Anna Throne-Holst, who for years protested the presence of the trailers on the East End as an unfair burden. Former DSS Commissioner, Janet DeMarzo, first placed the trailers in 2007 under the Levy administration, without prior notice to local public officials. The program drew criticism from Legislator Schneiderman and Supervisor Throne-Holst along with Legislator Al Krupski, former Legislator Ed Romaine, Riverhead Supervisor Sean Walter and many other officials and community members. Legislator Schneiderman successfully passed legislation to end the trailer program in 2010 but former County Executive Steve Levy never followed through on the Legislature’s directive.

County Executive Bellone promised to end the trailer program this year after passing the Community Protection Act, designed to provide additional monitoring of all register sex offenders and permanently end the County’s policy of clustering registered sex offenders in any one location. In late May of this year, all the occupants of the trailers were transferred to other facilities under the Community Protection Act. However, the abandoned trailers remained on site elevating fears that should the new program fail, the County could reinstate the trailer program. Removing the trailers from their sites was an important measure to ensure the community that the trailers would never return,” said Legislator Schneiderman. “I am grateful that the County Executive took the final step in permanently ending this unfair program,” said Schneiderman.