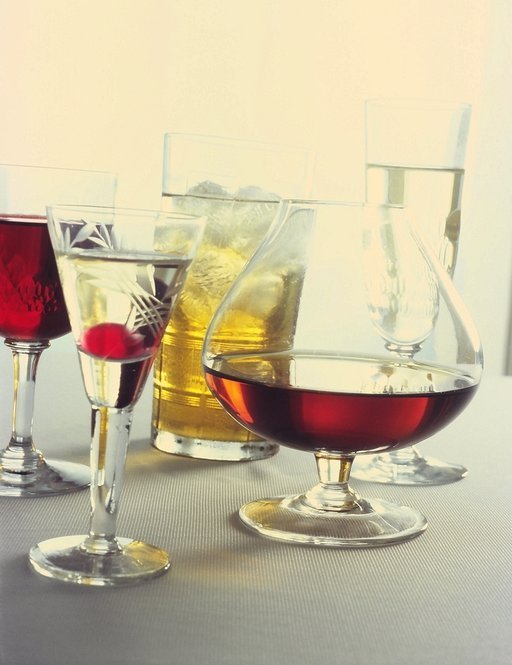 Albany, NY - April 30, 2013 - Governor Andrew M. Cuomo today announced that 24 New York State distilleries will participate in the Manhattan Cocktail Classic’s Opening Night Gala on Friday, May 17, 2013. This year will mark the first time the State’s distilleries have participated together under the banner of New York State at the Manhattan Cocktail Classic. The announcement comes after the State's Wine, Beer, and Spirits Summit where the Governor pledged to work to ensure that alcoholic beverages produced in New York State are featured at major consumer events.

"The new New York State is all about creating an environment for businesses to succeed and grow," Governor Cuomo said. "Our new entrepreneurial government has focused on partnering with the private sector to find ways to reduce burdens and support growth in sectors such as our state's vibrant wine, beer, and spirits industry. At the Wine, Beer, and Spirits Summit we heard how our small local distilleries and brewers had to compete on an unfair playing field with big name brands. We pledged that the state would step up to the plate and help bring these world-class products to world-class venues, and with two dozen local distilleries participating in this year’s Manhattan Cocktail Classic, we are delivering on that promise and showing that our efforts are paying off."

At the Manhattan Cocktail Classic, two dozen spirits producers from across New York State will pour their handcrafted beverages at the prestigious black-tie cocktail event that attracts more than 3,000 cocktail enthusiasts annually. The distilleries’ representatives will showcase their products, and the spirits will be prepared for the attendees by some of the City's top bartenders.

Today's announcement delivers on a key promise made at the Wine, Beer and Spirits Summit that was convened in October 2012 and attended by dozens of beer, wine, cider, and spirits producers, as well as farmers, industry officials, and tourism experts, who discussed with state officials specific legislative and regulatory issues facing the beer and wine industry and explored new ways for the state work as a partner to further solidify New York's position as a leading hub of beer, wine and spirits production and tourism. At the Summit, the Governor announced new measures to help bring state-produced alcoholic beverages to major events, such as the Manhattan Cocktail Classic.

Lesley Townsend Duval, Founder and Executive Director of the Manhattan Cocktail Classic, said, “We raise our glasses to Governor Cuomo for supporting the state’s craft distillers. It is an honor to have Market New York debut at the festival’s flagship event at the Library. It’s particularly personal and especially meaningful since we are ourselves a small New York business. This past year was really rough for so many businesses in New York State, especially those affected by Hurricane Sandy. Supporting local enterprise is top of mind for all of us right now, and as such we’re ecstatic to have the opportunity to celebrate locally-produced spirits in an unprecedented way. Truly, here’s to them!”

Empire State Development President, CEO & Commissioner Kenneth Adams said, “This is another example of Governor Cuomo’s commitment to creating an environment where local industries like this can thrive and grow. The Governor heard from local distilleries and delivered on his promise to support their growth and show off their top-flight products. The State was proud to make the participation of our State’s craft distilleries in this year’s Manhattan Cocktail Classic a reality.”

Today's announcement also follows new initiatives announced in Governor Cuomo's 2013 State of the State Address and enacted in the 2013-14 State Budget to help improve the marketing of New York State-produced products. The Budget included a total of $7 million for the Market New York to support a multi-faceted regional marketing plan that will promote regional tourism and New York-produced goods and products.

Since taking office, Governor Cuomo has worked to develop the state's beverage industry which is a major driver of job creation and economic development in communities across the state. In July 2012, the Governor signed legislation designed to support New York's breweries and wineries, as well as increase demand for locally grown farm products, and expand industry-related economic development and tourism. The new laws preserved an important tax benefit for small breweries that produce beer in New York, exempted breweries that produce small batches of beer (regardless of location) from paying an annual State Liquor Authority fee, and created a Farm Brewery license that allows craft brewers to expand their operations through opening restaurants or selling new products.

Ralph Erenzo, Master Distiller for Tuthilltown Spirits in Gardner NY, said, “The Classic’s opening night Gala represents a tremendous opportunity for boutique producers to be able to meet cocktail and spirits enthusiasts face-to-face, shoulder to shoulder alongside some of the largest, most well-known spirits brands in the world. This initiative will also benefit our state’s local farmers whose top-quality agricultural products we rely on to produce our spirits. We’re hoping that our presence at the Gala opens the eyes of consumers to some of the terrific, locally-produced spirits on the market today, and that they will then seek them out at their local stores, restaurants and bars. We are grateful for Governor Cuomo’s support of the state’s craft distilling movement, and believe that its future looks bright indeed.”

The 24 New York State producers include (in alphabetical order):

About the Manhattan Cocktail Classic

Part festival, part fête, part conference, part cocktail party — the Manhattan Cocktail Classic is an annual celebration of the myriad points of intersection between cocktails and culture. With nearly 100 events spread across five days and three boroughs, the Classic offers a vast array of unique experiences to enthusiasts and professionals alike, expanding the very definition of what constitutes a “cocktail event.” The fourth annual Classic will take place on May 17 - 21, 2013. Cocktail fans should mark their calendars. For additional information, please visitwww.manhattancocktailclassic.com. Follow the Classic on Twitter at @cocktailclassic or “like” us on Facebook at http://www.facebook.com/ManhattanCocktailClassic.