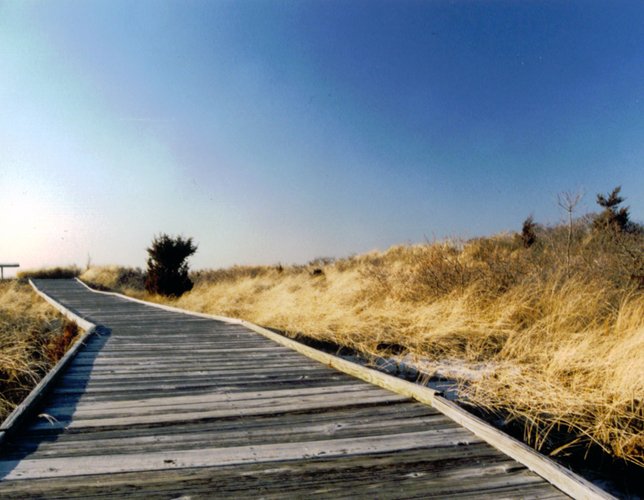 Fire Island, NY - September 11th, 2013 -   U.S. Senator Charles E. Schumer today announced that, following months of his pressuring, Verizon has reversed course and will  restore land-line phone and internet service to the parts of Fire Island that lost it after Superstorm Sandy.   Hurricane Sandy knocked out the copper wires that provided phone and internet service to the island and instead of trying to restore those lines, Verizon decided to implement a wireless telephone system known as Voice Link – a system that did not prove to be an adequate substitute.   Verizon has now decided to install fiber-optic cables, which will bring high speed internet and reliable voice service back to the island.  Schumer said that this solution, which he helped broker, would allow Verizon to both avoid reinstalling antiquated  copper wire, and serve the need of Fire Island residents.

“By installing fiber-optic cables on the island, Verizon will not only make the system as good as it was before, it will be making it better,” said Schumer.  “Fire Island residents will now have greater access to high speed internet - a necessity in the modern age - and reliable voice service.  Verizon deserves credit for listening to our concerns and changing course.”

“The FIA deeply appreciates the support that Western Fire Island residents received from Senator Schumer in the hard fought campaign to have Verizon restore a level of phone service that is comparable not only to what we had before Super Storm Sandy, but also to what is available to other Verizon customers across New York State,” said Suzy Goldhirsch, President, Fire Island Association.

The new system consisted of a small modem-sized device that plugs into an electrical outlet and a standard telephone jack in your wall at home. That device connects to Verizon's wireless cellular network, which brings phone service and a dial tone to the existing cord or cordless phones in the home. In the months following its installment, the system proved to be unreliable and failed several times, at least once during a fire emergency.  It also made it very cumbersome for businesses to reach the internet to process credit card payments.

Hundreds of Fire Island residents filed complaints with the New York Public Service Commission about the service.  Today’s decision to install fiber-optic cable in addition to VoiceLink comes after months of lobbying on Schumer’s part.  Working behind the scenes, Schumer and his staff brought customer complaints to the highest levels of the company.  Schumer said he understood Verizon’s desire not to recreate an antiquated system, but that relying on wireless was not the right answer.  Their decision to replace the copper wire with cutting edge fiber-optics achieves that goal and provides reliable voice and internet access.