A 10-year volunteer Critical Care Emergency Medical Technician in the Port Washington Fire Department posted an ad on Craigslist seeking for an impersonator to take a re-certification exam for him. He now faces several charges ... 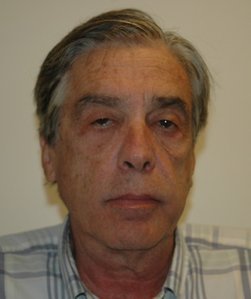 Bernard Shore, 65, of Port Washington has been arrested and charged with soliciting another person on Craigslist to take an emergency medical technician certification test for him. Shore was offering $400 plus a fake ID.

According to a press release from Nassau County District Attorney Kathleen Rice’s office, Shore, a 10-year volunteer Critical Care Emergency Medical Technician (EMT-CC) in the Port Washington Fire Department failed the New York State Critical Care EMT examination in May. He then proceeded to post an ad on Craigslist on or about June 19 seeking an EMT-CC or Paramedic to take the test for him, which he was rescheduled to take on July 18.

Shore’s Craigslist posting was discovered by the New York State Department of Health, Bureau of Emergency Medical Service, and an undercover made contact with Shore. While Shore then proceeded to make contact with the undercover on July 16 to inform him that he changed his mind and would take the test himself, Shore was making arrangements with an undercover reporter to take the test for him instead and proceeded to pay him $400 and provide him with a fake ID.

EMT personnel in New York State are required to get recertified every three years by passing the test.

Shore now faces charges of offering a false instrument for filing in the first degree, criminal solicitation in the fourth degree, and two counts of official misconduct. He could face up to four years in prison if convicted.

Shore’s past criminal record include a sentencing of 30 days in jail and five years of probation in 1986 for a Suffolk County conviction of felony Attempted Insurance Fraud.

Commenting on this incident, DA Rice said, “Had this defendant been able to successfully pull off this scam, his lack of qualifications could have meant the difference between life and death for an innocent person.”