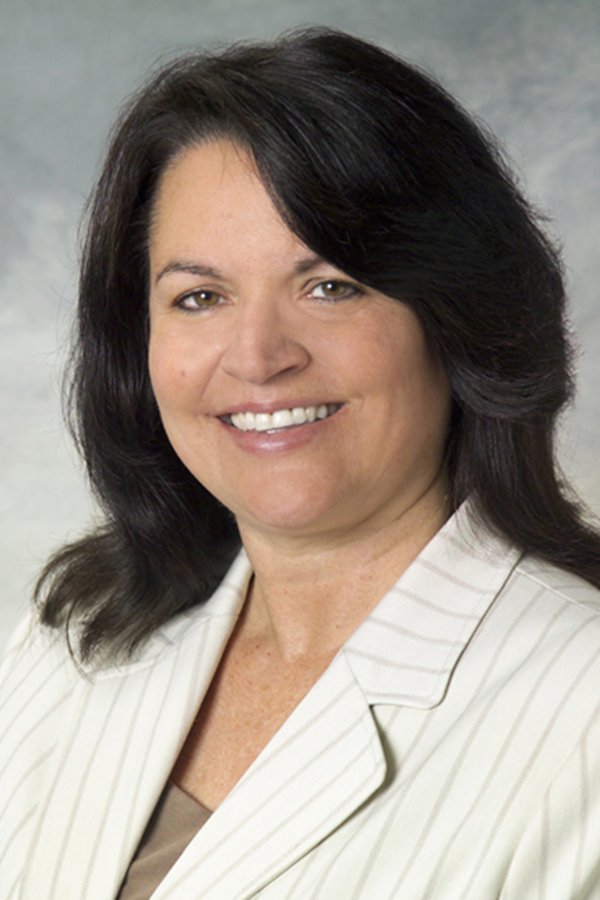 Brookville, NY -  March 8th, 2013 - Long Island University has announced that Kimberly R. Cline will be the institution’s 10th president. Dr. Cline, who currently serves as president of Mercy College, will succeed David J. Steinberg, who will retire this summer after 27 years as LIU’s chief executive. When Dr. Cline assumes the presidency in July, she will be the first woman to hold the office in the University’s 87-year history.

“Kimberly Cline is uniquely qualified to advance our mission of access and excellence,” says Edward Travaglianti, chairman of LIU’s board of trustees. “Dr. Cline is a change agent with a proven record of success in complex, multicampus institutions. I have no doubt that she will build on David Steinberg’s legacy to bring the University to new heights and make a real difference in the lives of our students.”

Dr. Cline was identified through a six-month, nationwide search with assistance from a leading academic search firm, Witt/Kieffer. All faculty, staff, students and alumni were invited to participate in the process through open forums. LIU’s Search Committee, which was comprised of trustees, faculty, staff and student leaders from across the University, worked closely with the consultants to develop the ideal profile for the next president. A subset of the Search Committee, including trustees, faculty leaders, deans and administrators, interviewed the finalists, and the selection of Dr. Cline was made by a unanimous vote of the full board of trustees.

“Our students face great challenges in the current economy, and the new president is tasked with creating programs to help them persist in their studies and to prepare them for good jobs in the real world,” says LIU trustee Eric Krasnoff, who chaired the Search Committee. “Dr. Cline’s collaborative style, business acumen and sensitivity to student financial concerns make her the perfect person for the job.”

“There is no institution quite like LIU,” says Dr. Cline. “There are great strengths and opportunities in the diversity of its campuses, students and academic programs. I look forward to capitalizing on the synergies between its urban and suburban campuses to increase the University-wide value proposition for the students, faculty and communities LIU serves.”

Her priorities for LIU include introducing strategic enrollment and retention models; increasing collaboration between the administration and faculty; building financial resources; raising its national profile; and leveraging the University’s prime locations to build strategic partnerships with industry and research institutions in the New York metropolitan area and beyond.

Dr. Cline comes to LIU with experience as a president of a multicampus institution, as a CFO of a university system and as a university attorney, bringing a rare trifecta of managerial, financial and legal expertise to her new role.

"Kim Cline is a dynamic administrator with broad experience in both the public and private sectors. Her energy and creative problem solving abilities makes her the right person to lead Long Island University," says Senator Kenneth P. LaValle, chair of the New York State Senate Committee on Higher Education.

Known in higher education circles as a transformational leader, Dr. Cline was appointed president of Mercy College in 2008. She was the architect of a renaissance at the College, reversing a downward enrollment trend by instituting initiatives that increased the size and academic quality of the student body. During her five-year tenure, the College more than tripled its endowment, earned its first A credit rating from Standard and Poor’s and made the most significant investments in academics in its history. Dr. Cline worked closely with faculty to achieve consensus and spur innovation. Under her leadership, Mercy launched a nationally recognized student retention program; developed new academic programs and centers in growing fields like entrepreneurship, strategic consulting, social justice and global engagement; enhanced technology training for faculty; and improved responsiveness to outcomes data.

Prior to assuming the presidency at Mercy, Dr. Cline served as vice chancellor and chief financial officer of the State University of New York. In this role, she was responsible for all of the system’s financial and administrative functions and oversaw SUNY's $10 billion budget, which supports 64 campuses throughout the state. During this time, Dr. Cline also served on the executive board of SUNY's Faculty Senate. She first joined the SUNY system as vice president, chief operating officer and chief of staff at SUNY at Maritime College, where she was instrumental in doubling enrollment and balancing a 20 percent deficit-spending budget.

Vice Admiral John Ryan, who was SUNY’s chancellor during Dr. Cline’s tenure as vice chancellor and CFO, believes that LIU will benefit from her ability to foster collaboration and achieve consensus. "Dr. Cline is a boundary-spanning leader who can bring all LIU stakeholders together to realize emergent possibilities," he says.

Dr. Cline is a member of the executive board of the Commission on Independent Colleges and Universities (cIcu), a statewide association for more than 100 private, not-for-profit New York State colleges and universities, and serves as chair of the organization’s Finance and Administration Committee.

"I am continually struck by Dr. Cline’s passionate vision for higher education as an agent of economic mobility. She is a 'myth-buster,' eloquently articulating how private colleges and universities serve a diverse population,” said Laura L. Anglin, president of cIcu. “Further, she is a leader in creatively working with faculty to develop new teaching and learning models that serve both traditional-age and adult learners so individuals can earn their college degrees."

Dr. Cline also devotes her time and talents to the New York State Department of Education’s Advisory Committee on the Statewide Plan for Higher Education, the Center for Creative Leadership, the ACE (American Council on Education) Women's Network Executive Council, the East Coast Conference Presidents’ Council and the Hispanic Association of Colleges and Universities. In addition, she co-chairs New York Campus Compact’s executive board and chairs the Westchester County Association’s Higher Education Committee.

Dr. Cline earned a B.S. in industrial relations at the University of North Carolina at Chapel Hill and went on to complete a Master of Business Administration, a Juris Doctor and a Doctor of Educational Administration at Hofstra University. She and her husband, Peter Fishbein, who is a graduate of LIU Post, reside in Garden City, N.Y. The couple has three children.

About LIU
In its ninth decade of providing access to the American dream through excellence in higher education, LIU is a multicampus, diverse, doctoral institution of higher learning. One of the largest and most comprehensive private universities in the country, the University offers nearly 500 undergraduate, graduate and doctoral degree programs and certificates, and educates over 24,000* students in degree-credit and continuing education programs in Brooklyn, Brookville (LIU Post), Brentwood, Riverhead, and Rockland and Westchester (LIU Hudson). Other academic units include LIU Pharmacy (the Arnold & Marie Schwartz College of Pharmacy and Health Sciences), which prepares students for successful careers in the fields of pharmacy and health care; LIU Global, which provides a wide range of study abroad options at overseas centers in China, Costa Rica and India, and through programs in Australia, Ecuador, Peru, Taiwan, Thailand and Turkey; and LIU Online, which harnesses the latest technology to offer online and blended programs.

LIU’s 621 full-time faculty members provide outstanding instruction, which is supplemented by internships and cooperative education opportunities. The accomplishments of more than 191,000 living alumni are a testament to the success of its mission – providing the highest level of education to people from all walks of life. The institution also provides enrichment for students and the community through the world-class arts programming at LIU Tilles Center, NCAA Division I and II athletic teams and the nationally renowned George Polk Awards in journalism.

*This number includes high school students enrolled in one or more degree-credit courses.