After losing much of its landline network during Sandy, Verizon is trying to replace physical copper connections with wireless transmitters for house phones. 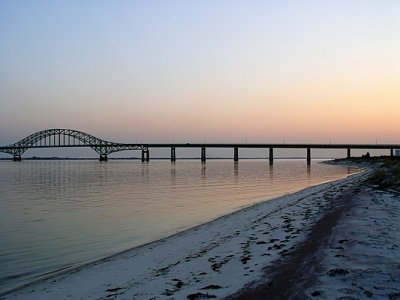 Among the many things damaged by Hurricane Sandy last year was the infrastructure for Verizon’s landline telephone service on Fire Island. The copper lines used to transmit phone calls, particularly a stretch from the far western section of Kismet to the far eastern section of Point O’ Woods, were largely destroyed or rendered inoperable in the storm.

As the sole provider of landline service to Fire Island, Verizon is now seeking to abandon traditional copper lines in the area and replace them with a wireless transmitter that connects house phones to cellular data towers through a program it calls Voice Link. In a petition of the FCC to allow its plans to go forward, the telecommunications company stated that replacing the damaged landlines would require substantial work and “exacerbate existing infrastructure issues, and would delay the restoration of service for many customers for several months.”

In order to repair the existing copper system, Verizon would have to dig up Fire Island’s main road repeatedly, and it fears the efforts would ultimately prove in vain; “ground and seawater contamination” could very well destroy the new lines just as it had the old the next time a major storm hits. A wireless system would substantially reduce the cost of operation compared with continual repairs of damaged landlines. Focusing on wireless technologies could potentially lay the groundwork for faster Internet and mobile phone services as well.

Regulators have granted Verizon temporary permission to proceed with its plans for a purely wireless communications system on Fire Island, but the New York Public Service Commission has raised several concerns about abandoning landlines outright. Voice Link does not provide for the cheaper Internet option of DSL and requires users to dial full 10-digit phone numbers even when placing calls within the same area code. Other services which rely on physical phone lines, such as medical alert systems which connect to hospitals and credit card machines used by small businesses would be incompatible with Verizon’s wireless service.

Verizon also acknowledges that while costumers will have continued Emergency 911 access, they may find “that any 911 calls made using the Service may be subject to network congestion and/or reduced routing or processing speed.” Fax machines would also be inoperable on Voice Link, though there are several eFax providers available to remedy that problem. The wireless transmitters provided to connect house phones to the network would come with battery backups for continued operation during power outages, but those batteries only last 36 hours.

Permission to proceed with its Voice Link plans will be considered automatically granted if the FCC does not find reason enough to prevent it by August 27th of this year.