In response to a reporter's question about failing schools at a news conference last week in Lockport near Buffalo, Gov. Andrew M. Cuomo said that there has to be "a death penalty for failing schools, ... 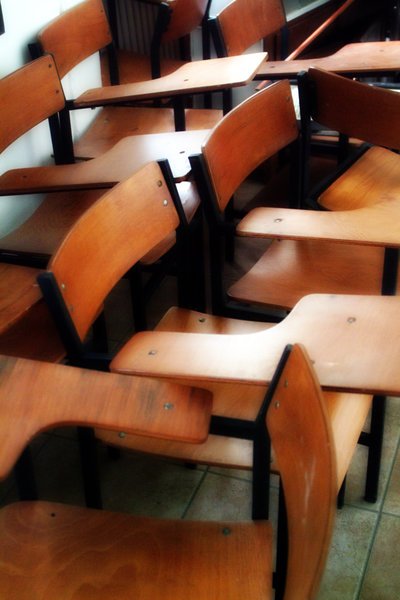 In response to a reporter’s question about failing schools at a news conference last week in Lockport near Buffalo, Gov. Andrew M. Cuomo said that there has to be “a death penalty for failing schools, so to speak”—his strongest language to date about how to handle New York’s underperforming schools.

According to The Buffalo News, Cuomo said that such schools – in Buffalo or any other district – should be given a short period of time to improve, “and then something dramatically has to happen, because we can’t allow these failing schools to continue.”

Pointing to Buffalo, Rochester and three districts on Long Island as being in particular need of dramatic change, Cuomo suggested state takeover of a district, mayoral control of a district or takeover of a school by a charter entity as viable solutions.

The governor said that since local communities control their own schools in New York State, he would want each community to determine the particular option for its failing schools.

Six of the 220 schools posted on an Albany "priority" list that rank academically in the bottom five percent statewide are on Long Island, in the districts of Central Islip, Hempstead, Roosevelt and Wyandanch, Newsday reported.

According a recent analysis by the state Education Department, five of those schools showed no substantial academic improvement during 2011-12, the latest year on record. Hempstead High, newly added to the list, was not included in the analysis.

“I don’t want Albany to sit there and tell communities how to run their schools, but I do feel comfortable sitting in Albany saying failing schools is not an option,” Cuomo said.

“We’re not going to allow another generation of children to be failed by a failing bureaucracy, especially when, in this state, we spend more money than any other state to educate a child, period. There is no excuse for failure.”

Districts already have the option of closing failing schools and reopening them as charters, but state legislation is required for either state takeover or the adoption of mayoral control of a district.

But State take over legislation, proposed numerous times over the last few years, has met with little support from lawmakers who point to poor results following Albany’s takeover of the 2,850-student Roosevelt district for 11 years.

The State Board of Regents’ proposals seeking authorization to appoint governing panels for failed schools for the past two years have also failed to gain momentum in the State Legislature.

Without offering details about a specific course of action or proposed legislation, Cuomo said “We would need legislation that handles what the state can do in terms of failing schools, and that’s going to be a big issue next year when the Legislature comes back.”

“The frustration level is extremely high about what should be done with a school that is persistently failing. It’s a very serious thing when you have so many schools that are on the state’s watch list,” Cuomo said. “It’s the right thing to debate how to turn schools around.”