The state Education Department has identified 21 schools on Long Island in need of improved academic performance, along with 67 schools now eligible to compete for grants. 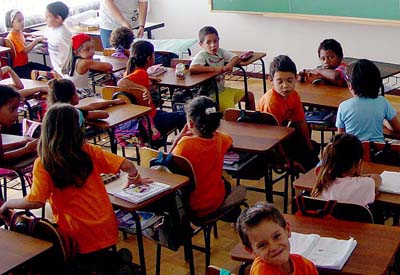 Education officials have identified 21 schools on Long Island as “focus schools,” schools that have demonstrated low performance and a lack of progress in language arts and mathematics within the state’s new classification system.  Criteria also included low graduations rates in certain ethnic groups, as well as ESL and disabled students.
These schools all have in common low graduation rates for the past several years and have ranked within the lowest 5 percent in New York based on test scores in English-language arts and mathematics, and have under 60 percent graduation rate over several years.  In total, 70 districts have been identified as focus districts, and 496 as “focus schools.”
These schools are located in seven "focus districts": Central Islip, Hempstead, Huntington, Manhasset, Roosevelt, South Country and Wyandanch.  These districts now must develop comprehensive plans to improve academic performance, or see the low performing school closed.
The state education department also lauded 67 schools in Suffolk and Nassau Counties.  These schools were classified as “reward schools,” and the state has invited them to compete for grants as high as $150,000.  These grants are funded by a portion of the $700 million in competitive funding from the federal Race To The Top program.  250 “reward schools” were named across the state.
Share your thoughts on this story by posting your comment below or visiting our Long Island Living discussion forum.