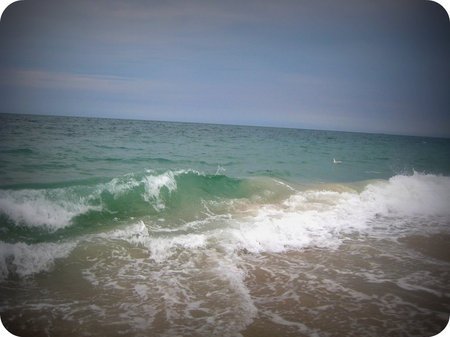 Albany, NY - May 23, 2013 - Governor Andrew Cuomo today announced the reopening of Robert Moses State Park and the Jones Beach State Park boardwalk for the 2013 summer park season. Among the most heavily visited parks in the state park system, Robert Moses and large sections of Jones Beach have been closed since October due to severe damage from Superstorm Sandy.

“Destruction caused by Superstorm Sandy wreaked havoc at Robert Moses and Jones Beach State Park; however once again the perseverance and hard work of New Yorkers has allowed us to get all of our parks back open in time for the Memorial Day weekend -- the unofficial kick off to summer,” said Governor Cuomo. “The beaches are ready, the boardwalk is back, and the parks are open. New York is ready for a great start up to the summer.”

Jones Beach State Park, with 6 million annual visitors on average, suffered extensive damage within all of its facilities including major damage to its infrastructure which included the world famous boardwalk, electrical systems, plumbing systems, sanitation systems, as well as flooding of facility buildings.

Twenty-five separate emergency contracts were deployed on Jones Beach with more than 200 contract employees ensuring the work was completed in time for the Memorial Day weekend.

Over the last seven months, 1.5 miles of the Jones Beach Boardwalk have been repaired with more resilient materials, such as Brazilian hardwood. These hardwoods are more durable and better able to withstand the harsh oceanfront exposure.

In addition to the boardwalk repairs, the sewage treatment plant at Jones Beach is back online, and roofing, fencing, lifeguard shacks, and toll booths have been replaced and repaired as well. Masonry repairs along the boardwalk are also complete. Electrical panels were raised 10-12 feet to reduce the chance of being impacted again by flooding.

At Robert Moses State Park, which welcomes roughly 3.5 million visitors annually, severe erosion occurred throughout the beachfront – with the most damage done on the east end of the park at Fields 4 and 5. There was also significant damage to the Field 5 boardwalk, electrical and utilities services and severe erosion and damage to the east side of the traffic circle at the Water Tower.

The New York State Department of Transportation (NYSDOT) set the tone for the park reopening with a $32.2 million project to replace a two-mile stretch of Ocean Parkway destroyed near Gilgo Beach; rebuild damaged lanes to the traffic circle in Robert Moses State Park; and restore five miles of protective sand dunes and native vegetation washed away by the storm.

Reopening the parks will allow New York State to welcome what will be the largest event on Long Island since Sandy, the 10th anniversary of the Bethpage Air Show at Jones Beach. Hundreds of thousands are expected to attend the two day event. The Air Show, with an estimated 250,000 spectators, is a big contributor to the $410 million dollar annual impact State Parks have on the Long Island economy, as reported by a recent Parks and Trails New York study.

The New York State Office of Parks, Recreation and Historic Preservation maintains and operates 179 state parks and 35 historic sites, which are visited by 60 million people annually. For more information on any of these recreation areas, call 518-474-0456 or visit www.nysparks.com, connect on Facebook, or follow on Twitter.

The following is a status report on other Long Island State Parks:

Current Status: OPEN - The park suffered significant damage to trees, however it is fully operational with no restrictions. There was also roof damage to the Annex which has been repaired. Tree stumps and debris will still be stockpiled and the emergency tree contractor will be working in the park during the summer. Tree work will be complete by the summer.

Current Status: OPEN - All facilities within Bethpage State Park that are scheduled to be open are open.

Current Status: OPEN - Fence repair yet to be completed.

Caleb Smith State Park Preserve  Current Status: OPEN - Foot trail wooden bridges: four were damaged and need to be replaced on south side of park. Park has cleared many of the trails in fishing access sites. Emergency contractor needs to finish the tree cleanup and hazardous tree removal. Bridge replacement and tree cleanup will be ongoing.

Current Status: OPEN - There was heavy erosion to the bluff area. Roadways were covered with branches and debris. Clean-up has begun. Some tree damage along roads. Debris cleanup has been complete. There will be on-going tree work during the summer.

Current Status: OPEN - A small section of asphalt partially collapsed. The Overlook Pier has been repaired and reopened for public use. The Main Fishing Pier is undergoing repair pursuant to a contract that commenced prior to Hurricane Sandy. There will be on-going roofing repairs under an emergency contract. All debris from the storm has been removed from the park. Pilings in the main marina have been replaced. Captree's floating launch ramps and aluminum walkways have been repaired and are open for public use.

Current Status: OPEN – The Center and West shorelines will be cleared of debris, and Fisherman’s parking will be reopened as well. The debris contractor will move operations to the East end of the park to continue with debris clean-up.

Plank road that leads from the Fisherman's parking lot to Lloyd Point is damaged for about 0.2 miles due to erosion from the LI Sound into the Salt Marsh. All trails and Fisherman’s Parking Lot will be open. Repairs to Plank Road will be ongoing.

Current Status: OPEN - All trails are accessible. An OGS fence contractor is currently repairing perimeter fence damage. Tree work still remains. Repairs to the Main House’s roof has begun by SPIF. A damaged chimney on the Main House is scheduled to go out to bid, which will include replacing all chimneys.

Current Status: OPEN - West Beach replenished with 3000 cubic yards of sand. It will be open when swimming season commences on June 22nd. A trailer will be rented for lifeguards. Lifeguard shack will be under construction.

Field 7 experienced significant erosion, including substantial damage to the bike path and parking lot (closed to the public.) We can accommodate water sports at the swimming beaches until the swimming season commences. Temporary repairs to the Field will be made for the upcoming season. West Beach will be fully open. Repairs to Field 7 will be complete before opening season (June 22, 2013). Water sports normally occuring at Field 7 will be temporarily relocated to Field 6 until repairs are made.

Current Status: OPEN –There was heavy erosion to the dune line,downed trees in the campground, and five skylights were damaged at the 3 bathroom buildings. Also, there was roof damage on many of the buildings. Skylights have been repaired and all other damages have also been repaired.

Current Status: OPEN - There was roof damage throughout the park and repairs will be ongoing. The golf course had tree damage and most of it has been cleaned up. The driving range netting was ripped; preparing bid documents to replace damaged sections. On-going repairs will continue throughout the summer.

Current Status: OPEN - Heavy erosion to the beachfront. Several trees were knocked down in the developed area of the park. Clean-up is complete.

Current Status: OPEN - Orient Beach State Park was closed following Super Storm Sandy. The 2 mile long Park Entrance Drive and Gardiners Bay shoreline sustained serious erosion and 4 sections of asphalt roadway (approx 2120') were damaged. The buried utilities along entrance drive were exposed. All of the buildings in the park were flooded. The storm surge washed lifeguard shack and picnic tables from beachfront. Approximately 31 trees along the entrance drive and picnic area were damaged and/or destroyed due to storm surge and flooding. Minor repairs to buildings, picnic tables and landscaping will continue through the summer.

Current Status: OPEN - When Hurricane Sandy passed over Nissequogue River State Park, the damage was severe in some areas and minor in others. At the Greenhouse, 30 panes of glass were broken on the 2 wing canopies. Around the park more than 100 trees were lost to either uprooting or broken trunks. In the marina areas, extreme high tides flooded out the shoreline buildings. Chain link and post and rail fencing were destroyed from falling trees and limbs. Multiple signs had been broken or damaged throughout the park. The park was re-opened to the public within a week and a half after the storm. The shoreline along the Nissequogue River sustained minor erosion.

Current Status: OPEN - Most areas of the arboretum are open to the public except for the hiking trails, which are blocked by downed trees. All of the smaller trees have been removed by park forces. The removal of larger trees, pruning and cleanup of over 100 trees that remain will be ongoing. We are hopeful this work will be completed before the first large spring event at the end of May.

Damage to the Camellia Greenhouse is being repaired now. A temporary roof was installed to ensure the protection of the greenhouse collection. SHPO review has been completed; the contractor is now fabricating the new structural members.

Damage to an existing overhead electrical line has been temporarily repaired. Currently Parks is getting estimates on putting the utilities underground. The replacement of the informational shelter that was destroyed has been cleaned up. This shelter replacement is being designed. Park is fully open and Camelia Greenhouse repairs will be complete by July 1, 2013.

Current Status: OPEN - Heavy erosion to the bluffs. Several trees are down. All repairs are complete and clean-up has begun.

Current Status: OPEN - Field # 3 breach – DEC Permits were obtained and the project is going out to bid. Tree damage– about 99% complete; repairs to damaged fence 97% completed; damaged roof of East Orchard Building – awaiting repairs. Park will be fully open except for the access to the eastern part of the park where dike was breached.

Current Status: OPEN - All debris has been removed from parking field #1 and all the logs have been removed from Hendrickson Ave. Park will be fully open and operational however, there will be on-going tree work.

Current Status: OPEN - All tree work has been completed. Wood chip pile must still be removed and the park is in need of stump grinding. All areas except for the bathhouse and deck are open. Contractors are still working on the bathhouse and deck. Work should be completed by Memorial Day. Public has access to beach.

Wildwoods bath house is still closed. We are still waiting for the original construction contract to be finished and an emergency contractor is working on the storm damage. All tree work has been completed. Wood chips must be removed. Park and campgrounds will be fully open.